Cornetist Buddy Bolden is one of the premier legendary figures of jazz. Credited as the founder of "jass," later to be called jazz, he was the first player to pursue an improvisational style. Much is unknown about Bolden's life, however, and it has been difficult for jazz historians to separate myth from reality, and the legend continues to grow.

Charles Joseph Bolden was born in New Orleans to Westmore Bolden and Alice Harrison on September 6, 1877. In December of 1883, Bolden's father died and his mother began working to support the family. At the age of ten, Bolden, along with his mother and sister, Cara, moved to 385 First Street. It is possible that Bolden attended the nearby Fisk School for Boys, an institution noted for its discipline and excellent music program. His other musical influence came from St. John's Baptist Church, where his family attended services. By 1894 Bolden had begun playing the cornet, and received his first lessons from a neighbor, Manual Hall, who was dating his mother.

In the mid-1890s Bolden formed a series of bands as he searched for the right combination, and by the turn of the century he had a lineup that included cornet, trombone, two clarinets, guitar, bass, and drums. The Buddy Bolden Band held court in the South Rampart and Perdido area of downtown New Orleans, a somewhat disreputable section of town that included the red-light district known as Storyville. Between 1900 and 1906, Bolden's band was the hottest group in downtown New Orleans. Here, the cornet player solidified his reputation as "Kid" and later "King" Bolden, and gained a reputation as a drinker and a ladies man. The one photograph that survives of Bolden reveals a sharply dressed man with an oval face and pleasant features. Contemporaries later said that his hair was reddish-black and that he was considered handsome.

Although many critics of the time commented on Bolden's style, there is no surviving recording of any of his performances. Many commented that he played loud with a blue tone and that he, unlike the other musicians of the day, improvised. One of the most intriguing stories about Bolden concerns the possibility that he made a recording with his band before 1898. This Edison cylinder has become the Holy Grail of missing jazz recordings, and enthusiasts have offered large rewards for the finder. "That the cylinder was made is quite believable," wrote Donald M. Marquis in his book In Search of Buddy Bolden: First Man of Jazz. He added, "That it is gone forever is even more believable."

By 1906 Bolden felt overwhelmed with responsibilities. He needed new ideas to keep his music fresh and his band competitive, and as the pressures grew, his depression increased and Bolden drank heavily. In March of 1906, he began to experience headaches, and developed a fear of his cornet. On March 23 he became so ill that he was confined to bed at his mother's house. A few days later Bolden, convinced that his mother-in-law, Ida Bass, was trying to poison him, hit her in the head with a water pitcher. He was taken to jail on March 27 and released once the temporary insanity passed. Bolden's increasingly erratic behavior also alienated many band members, leading to a large number of personnel changes in 1906.

Bolden made his last known public performance with the Eagle Band at the New Orleans Labor Day parade in 1906. Each band that appeared marched a long route through the streets on a humid, 90-degree-plus summer day. Bolden is said to have staggered, stumbled, and screamed out. He was led away from the parade, and some claimed he was frothing at the mouth. Later, artist George Schmidt attempted to capture the scene on canvas, painting "Buddy Bolden's Nervous Breakdown," which pictures the cornet player sitting on a corner, his legs sprawled out and his head sunk against his chest.

Following the parade, Bolden's mental stability quickly deteriorated. He turned more violent and was arrested for insanity a second time. After release, Bolden moved in with his mother and sister. Although he stayed close to home, he continued to drink and became disheveled in appearance. After continued episodes of violence, his family called the authorities once again, and Bolden was detained until he was committed to the State Insane Asylum in Jackson on June 5, 1907. Just 29 years old, the cornet player would remain in Jackson for 25 years, seemingly unaware of the life he had led before being institutionalized. "Few knew where Buddy was or what had happened to him," wrote Marquis, "but the spell he had cast over black New Orleans lived on—for a time at least—without him." Many theories have been offered concerning Bolden's mental illness, though none have been conclusive.

Although Bolden's personality remains mysterious, distant, and ultimately unknowable, he has nonetheless emerged as the father of jazz. The mystery that shrouds his life and music continues to draw writers, musicians, and jazz lovers, and has inspired a number of books and a play. His music, played in the cradle of jazz, opened a world of possibilities for his contemporaries and inspired a young Louis Armstrong to pick up the cornet. "Now he occupies a high place in jazz history," wrote Jason Berry in New Orleans Magazine. "People explore his meaning in articles and books, debate his impact, search for messages in those long years before his death at age 55. We know what King Bolden did for jazz. The mystery, his life's tragic riddle, is that we know not who he was."

Editors note: There is a great book I recommend. First published in 1976, "Coming Through Slaughter," is written by Michael Ondaatje, who does a brilliant job of weaving history and fiction to give us a credible picture of Buddy Bolden. 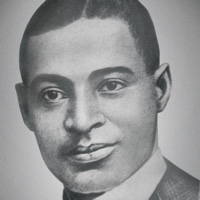 All About Jazz musician pages are maintained by musicians, publicists and trusted members like you. Interested? Tell us why you would like to improve the Buddy Bolden musician page.