Bryn Roberts is pianist, keyboardist and composer who is in demand in a wide variety of musical contexts.

He has performed, toured and recorded extensively both as a leader and sideman, and is a mainstay at NYC jazz clubs like Smalls, Mezzrow, The Jazz Gallery, the 55 bar and Dizzy's. An acclaimed composer and bandleader, Roberts has four albums out featuring his own music: his debut “Present Tense”, “Ludlow” (featuring Seamus Blake, Drew Gress and Mark Ferber), “Fables” (featuring Seamus Blake, Orlando le Fleming and Johnathan Blake) and his most recent release, a duo album with guitarist Lage Lund called “Nightsong”.

Roberts has toured widely with his own groups including festival, radio and club appearances across the USA, Canada, the UK, Spain and Japan with some of New York’s finest musicians: Matt Penman, Jochen Rueckert, Rodney Green, Joe Martin, Jaleel Shaw, Johnathan Blake, Mark Ferber, Will Vinson and Seamus Blake.

Roberts is an original member of the Nonet led by Grammy nominee Alan Ferber, and has recorded with the group for a series of critically-acclaimed releases: “Scenes from an Exit Row”, “The Compass”, “Chamber Songs” and “Roots and Transitions”. He also plays frequently with saxophonist Jon Gordon's Quartet, and bassist Chuck Israels.

In addition to his work in jazz and improvised music, Roberts has played and toured with many artists in the singer-songwriter world, including Grammy award winners Rosanne Cash, John Leventhal, Shawn Colvin, Stax records legend William Bell, and Dar Williams. 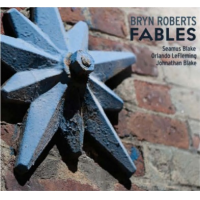 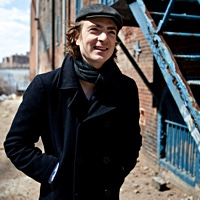 All About Jazz musician pages are maintained by musicians, publicists and trusted members like you. Interested? Tell us why you would like to improve the Bryn Roberts musician page.