After years of living out of a suitcase, music studies in Germany and New York City and numerous theater engagements across Europe, Andreas BONGARD has now reached two artistic journey goals at once: Making Berlin his home and realising his long held desire to record his own music. His first EP PROLOGUE marks the starting signal of him introducing the world to his very own sound.

Rooted in pop music and the ever perceptible lightness of jazz, his clear and multi-faceted voice combines tonal brilliance with expressive storytelling. The line-up featuring a jazz trio (piano, double bass, drums) plus Hammond B3-organ and other specials, his music transports you to an evening in a New York jazz bar, or straight into the lush soundtrack of a Hollywood movie - all the while never losing its subtlety.

"For me, every song is somehow a three-minute island of emotions that I travel to for a moment" describes BONGARD. It takes mere seconds before you too will be part of this trip. The disarming authenticity of his voice is deeply moving and allows us to forget the hustle and bustle of the world for a few moments.

His songs celebrate life in powerful clarity, exploring the juxtapositions between melancholy, longing, joy, sadness and serenity. Inspired by artists such as Norah Jones, Jamie Cullum, Mel Tormé and Adele, as well as the songs of the Great American Songbook, BONGARD always remains true to himself. It is this simplicity which makes his music so recognisable.

"I want to reach as many people as I can with my music and show the power lies within a seemingly quiet moment“. This vision does not come out of the blue - BONGARD had his first stage performance at the age of 9 and can look back on many years of international experience as a singer and actor. He toured Canada, China, Colombia and America, performed with renowned big bands and orchestras - such as the WDR Radio Orchestra -, sang at Radio City Music Hall and the Yankee Stadium in New York City, as well as in numerous TV - and radio shows.

Finally, his path led him to meet songwriting team Perrin Manzer Allen and Sandi Strmljan of Streamlyne Music Hamburg (Udo Lindenberg, Michael Schulte, etc.), as well as Allen Glass in London (Aretha Franklin), with whom he developed and wrote the songs for his first EP PROLOGUE. 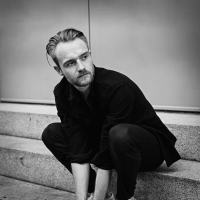 All About Jazz musician pages are maintained by musicians, publicists and trusted members like you. Interested? Tell us why you would like to improve the Bongard musician page.