Sharp was born in Topeka, Kansas in 1924. His family had settled there because Kansas was, during slavery times, a free state. Sharp’s great-grandmother was a slave and he remembers her telling him stories about lying on the floor while cannonballs blasted through the cabin. The Great Depression soon followed, and Sharp’s parents sent him to live with relatives in Los Angeles while they went to New York to seek their fortune.

Sharp’s father was a concert tenor who won several small roles in Broadway shows but never hit it big. However, their social life was rich; they lived in an apartment building in Harlem with fellow residents Duke Ellington, Walter White, Roy Wilkins and artist Aaron Douglas. It was the peak of the Harlem Renaissance, and poet Langston Hughes was a family friend; Orson Welles had recently staged his famous Black Macbeth at the nearby Lafayette Theater.

Young Bobby stayed in Los Angeles with his pious grandparents and great-grandmother until he was 12, when he begged his parents to let him come to New York. Some family friends drove him cross-country in 1936, and he arrived in the midst of a cocktail soiree in his parents’ apartment on Sugar Hill.

Sharp attended high school in the Bronx and took his first job as an office “go-fer” for the Rockefeller Foundation. When World War II began Sharp joined the Army, was sent first to Ft. Dixon, New Jersey, then joined the 372nd Infantry regiment stationed in New York City, guarding the city and ports. Eventually he was transferred to Breckenridge, Kentucky, where he served until being discharged in 1944. While in the Army, Sharp had begun to sing a bit, “just for kicks,” he says. With the help of the GI Bill he chose to go to music school.

His mother was not happy with his decision. “She wanted me to be a psychiatrist,” Sharp says. “She didn’t want me to get into the music business. She saw what it did to my father.” But Sharp took the advice of a family friend, well- known arranger Sy Oliver, who recommended that Bobby study music theory and composition.

Sharp attended the Greenwich School of Music in 1946, followed by the Manhattan School of Music in 1948. He also took piano. “I just wanted to play chords and get sounds,” he said. Songwriting turned out to be his forte, often combined with his vocals. In 1956 he cut a single in the Wing label, called “Baby Girl of Mine;” it was later covered by Ruth Brown, who sang it as “Sweet Baby of Mine.”

Sharp played several gigs with jazz legend Benny Carter as well as with Jimmie Lunceford’s big band. He also worked with songwriters Charles Singleton, and Dan and Marvin Fisher (their father, Fred Fisher, wrote “Peg O’ My Heart”). Sharp worked his way up and down Broadway trying to sell his songs. “I just kept writing and running downtown,” he says. Along the way, he picked up a drug habit.

One Sunday afternoon in 1960, Sharp sat at the keys of his Wurlitzer piano in his parents’ living room while they watched Perry Mason, and with his headphones on, he picked out a tune. He needed a quick drug fix and wanted to write “something catchy” that would sell, so he quickly wrote “Unchain My Heart.” Sharp sold the tune for $50 to producer Teddy Powell, who demanded half the writing credit. Sharp used his cousin’s name, Agnes Jones, to avoid further complications. Charles was at the peak of his career at that time, and recorded the tune, “Unchain My Heart,” in 1961, right on the heels of “Hit the Road Jack” and “Georgia on My Mind.”

But drugs took their toll. Sharp started bouncing in and out of rehab programs and sold the remaining rights to “Unchain My Heart” to Powell for $1,000. Powell paid him with royalty money already owed to Sharp. The next year Sharp sued to win back his rights to the song; Powell settled the suit 7 years later, by which time Sharp was already out of the business. When the original copyright expired in 1987, Sharp renewed it for his own publishing company, B. Sharp Music. But he assumed his songwriting days were over.

Then, three years ago, Bobby heard jazz vocalist Natasha Miller on KCSM-FM while driving near his home in Alameda, California. He heard she too lived in Alameda, looked her name up in the phone book, and called her. He told Natasha, “I’ve got some songs I’ve written,” and mentioned “Unchain My Heart.” Miller, who had met the phone call with some skepticism, sat up and took notice, and later, when she looked over the lead sheets and scores he had sent her, she knew she had found something very special.

What Miller found was a treasure trove of 1950s-era songs written in the style of Tin Pan Alley, with echoes of jazz and old-time authentic blues. The songs felt retro, yet fresh and new, because they had never been sung or performed by anyone other than Sharp. Miller sang two of Sharp’s songs at one of her concerts, and then they went into the studio and recorded a CD of Sharp’s music. That CD, I Had a Feelin’, was well received by jazz radio (charting in JazzWeek), and played by jazz programmers around the world, garnering local and national media attention. “These songs truly belong in the Great American Songbook,” she says.

Miller and Sharp work together beautifully and to critical acclaim. As one reviewer wrote, “He writes like a gentleman and she sings like a lady.” A live concert recording at legendary jazz club Yoshi’s, Don’t Move (Poignant Records, March 28, 2006 release) brought another segment of Bobby Sharp’s songbook to life. Hollywood has taken notice. The Sharp-Miller story is being pitched for a possible film or TV project, with some promising developments being discussed at press time.

The treasure trove isn’t empty yet. “I’ve still got songs here in the piano bench that I forgot I ever wrote,” says Sharp. And he may pen some new works as well. “I’ve been sitting at the piano and hitting chords, writing things down lately.”

Bobby offers his gratitude to Miller, saying, “I have to give her thanks (for listening to, and singing, his songs). Without her it would never have come to fruition.” Show less 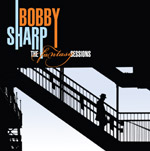 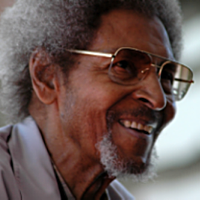 All About Jazz musician pages are maintained by musicians, publicists and trusted members like you. Interested? Tell us why you would like to improve the Bobby Sharp musician page.