Bronx born Bobby Matos began playing music beating on pots and pans in Grandma’s apartment and went on to backstage informal lessons with conga drum masters Patato Valdez and Mongo Santamaria; and then on to composition and arranging studies at Manhattan School of Music. His first gigs were in the early ‘60’s bohemian Greenwich Village Cafes, but he soon found himself playing in every type of venue; from Bronx dance halls to Carnegie Hall, to elegant supper clubs, Central Park Concerts, Off Broadway theaters, and after hours clubs in El Barrio

In the ‘80’s and ‘90’s, Matos recorded several albums, most notably 5 well received CDs for Ubiquity Records’ spin off Cubop label, and began touring internationally. During this time, he received 2 performance grants from the City of Los Angeles, and also received The California Arts Council multi Cultural Entry level grant for 9 years. He also began touring schools under the banners of Music Center on Tour, Performing Tree, Great Leap, and Grammys in the Schools, where he conducted educational performances, master classes, and workshops. In 1999 he won an award from the L.A. Weekly Music Awards and in 2004 an award from Latin Beat magazine. During these years he also composed and performed music for dancer/choreographers Donna Sternbeg, Denise Cook, and Noboko Myamoto. He also produced recordings for Ray Armando, Dave Pike, Pucho and the Latin Soul Brothers, Jack Costanzo, Jerry Gonzalez, and John Santos. he has also received an Artist in Residence Grant to run a series of classes and workshops, and conduct a Latin jazz Youth Band in L.A

In the summer of 2008 Ubiquity records released a "Best Of Bobby Matos,” a showcase of his years with the label. The newest Matos CD release (2009) for LifeForcejazz, “Unity,” focuses mostly on originals that have come from the members of the band. They continue to tour the international festival and cabaret circuit. Show less

Ubiquity/Cubop to Release "The Best of Bobby Matos" 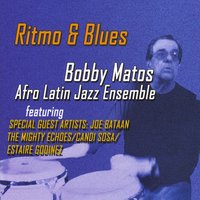 All About Jazz musician pages are maintained by musicians, publicists and trusted members like you. Interested? Tell us why you would like to improve the Bobby Matos musician page.