The South African jazz scene is proud of its heritage and the musicians tend to integrate that essence into their style.

Proper recognition of this fine multi-instrumentalist's talents seemed long in coming, but since 1991 this modest and dignified performer has been touring internationally and releasing several albums with major record labels, as well as appearing on releases from other artists.

Bheki Mseleku arrived on the Johannesburg music scene in 1975 as an electric organ player for an R&B outfit, and has over time adapted and grown into one of the world's finest musicians. He is one of a number of supremely talented musicians who left South Africa and its oppressive apartheid system to take up residence in London, leaving South Africa's shores in the late 70's.

After extensive touring around Europe and the U.K., his debut performance at Ronnie Scott's in London ('87) saw him teaming up with some of the more prominent figures from London's Jazz revival scene. He became known for riveting performances which include him doubling on the sax while playing the piano. This led to the release of his debut album "Celebration,"(1991) the album was well received and supported with a heavy touring schedule, and received a nomination for British Mercury Music Prize for Album of the Year.

After the excitement rescinded, Mseleku resumed his solo performances, accompanying overtly spiritual and dedicatory vocal-lines with gently rocking, township-inspired piano, punctuating the whole with sparkling runs and one-handed riffs on the tenor saxophone. "Meditations"(1992), a live recording from the Bath International Music Festival, captured this absorbing style on two long tracks. Signing to the Verve/PolyGram label at the end of 1993, Mseleku's "Timelessness" found him in the company of some top American heavyweights, including Joe Henderson, Pharoah Sanders, Abbey Lincoln and Elvin Jones.

His fourth release "Star Seedings"(1995) and his last release of the decade "Beauty Of Sunrise"(1997) with Polygram, saw Mseleku entering a new era of success. Highly acclaimed, these albums and their respective tours saw Mseleku appealing to a wider audience than ever before.

Bheki’s latest offering, "Home At Last," (2003) is a tribute to the spiritual construct that is ‘home.’ To Bheki, a self- confessed ‘Citizen of the World,’ home is not a place as such, but a spiritual construct made up of special people and relationships, those that came along on the long hard road, those that were left behind to be re-visited later. He humbly pays tribute to the ‘home’ that made him, and to whose image in sound he, in turn, pays homage to on these tracks, it is his eternally original spin on the music, the music of the land, the mountains, the people, the cities, the politics, the sensual violence of the blistered townships, as much as the infinitely distant music of the spheres, which he has brought us closer to in his earlier albums, that drives you through to the final beat.

Bheki Mseleu is a musician whose pursuit of spiritual harmony gives his music its joyous energy, and his sense of personal commitment shines through. Show less 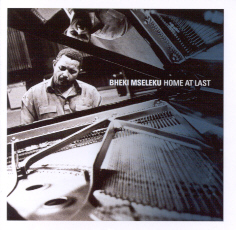 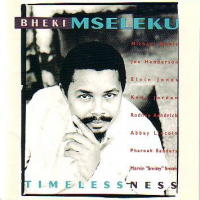 All About Jazz musician pages are maintained by musicians, publicists and trusted members like you. Interested? Tell us why you would like to improve the Bheki Mseleku musician page.