Raised in the mecca of African-American artistic expression in Philadelphia in the 1920's, Beryl Booker was a pianist prodigy who never learned to read music. After landing her first professional gig with Slam Stewart's trio in 1945, she recorded half-a-dozen excellent albums under her own moniker, many of which she performs lead vocalist duties in addition to pianist. As one of only a handful of female players at the time, Beryl was accustomed to having to prove herself in the jazz world of the forties and fifties. Sadly, jazz history has largely overlooked many illustrious contributions of female instrumentalist's.

Beryl played with an elite list of world renown jazz figures including, Billie Holiday, Dinah Washington, Count Basie, Miles Davis, Don Byas, and Slam Stewart. At the behest of ardent promoter Leonard Feather, Beryl formed her own historic, integrated, all female trio that included drummer, Elaine Leighton, and bassist, Bonnie Wetzel. They toured Europe in 1954 as part of the historic Jazz Club USA package, where the trio opened nightly for Billie Holiday, and other jazz legends.

After another stint with Dinah Washington in 1959, she slipped into obscurity. In the 1970's she continued to play and record with small groups.

There are several unusual facets to Beryl Booker's work. Unlike many jazz soloists, she constantly retains a suggestion of the melody instead of adlibbing simply on the chords. There are also flashes of a rare sense of humor, reflecting her personality away from the keyboard. And often, very often there is a suggestion that her thinking is rooted in the blues. 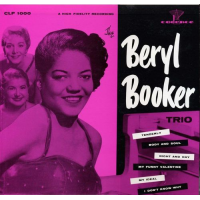 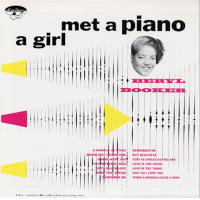 A Girl Met A Piano

All About Jazz musician pages are maintained by musicians, publicists and trusted members like you. Interested? Tell us why you would like to improve the Beryl Booker musician page.