There are singers, and then there are musicians whose instrument is their voice. Beata Pater is clearly the latter. Whether interpreting lyrics with the emotional depth and lyrical expression of her personal “goddess” Sarah Vaughan and her beloved Shirley Horn; soaring on the fanciful flight trajectories of another profound influence, Betty Carter; or translating her studies on the violin into a fascinating musical narrative, Beata embodies creativity in its purest sense.

Beata’s latest creation “Tet” is her ninth solo album. Aptly titled, Tet is not only the ninth letter of the Hebrew alphabet and the symbol for 9, but also as Beata explains: “It is symbolic of creativity, a vessel which holds something within, a womb for creation. Goodness is hidden within it.”

For this album Beata has surrounded herself with an 18-piece ensemble – a wind and brass double quartet, a double string quartet, piano and bass – for a delightful set of nine brilliant interpretations of a pair of iconic jazz works, three time-honored American Songbook classics, a modern standard by Bill Cantos and three originals by Beata’s longtime friend and colleague Chip White. The outstanding repertoire includes Freddie Hubbard’s Little Sunflower and Chick Corea’s Crystal Silence (with lyrics by Al Jarreau and Neville Potter respectively); timeless gems Invitation, Old Devil Moon and Lazy Afternoon; Bill Cantos’ I Feel You and the three Chip White items that close the album, The Countess, Strays and Ode to Max.

Immersed in music in the most organic sense since her earliest memories, Beata grew up in her native Poland with absolutely no sense of genre barriers or subjective classification. Yet she made the decision to pursue her personal path of expression through jazz.

“Why do I ‘sing’ Jazz? Because Jazz is Emotion. Emotions are most important in our lives. They make us and they truly lead us. Life makes no sense without Emotions.”

While there have been many attempts in recent years to define jazz within severely limiting boundaries, Beata embraces the profound art form in its true tradition of unfettered creativity best expressed by Duke Ellington who stated: “Jazz is Freedom. The Freedom to play something that has never been played before.”

A world traveler who after leaving Poland has lived in England and Japan, Beata moved to San Francisco in 1994, finding its open-minded ambiance to be ideal for her limitless creative process.

Embracing both the intimacy of classic jazz vocal artistry and the wide open terrain of adventurous expressiveness with equal commitment, Beata has blended both approaches with her stunning 3-album ‘color’ series, Black (2006), Blue (2011) and Red (2013). Drawing upon a rich and varied repertoire of classic standards, works by such heavyweights as Miles Davis, Freddie Hubbard, Herbie Hancock, Mongo Santamaria and the legendary Polish master Krzysztof Komeda, and her own remarkable compositions along with those of her frequent collaborator Mark Little, Beata has forged a unique place for herself in the forefront of jazz vocal artistry. On Blue, she began to utilize her wordless approach that occupies a special place somewhere between scat and a violin solo, moving deftly from one to the other, but most often blending the two into a concoction of aural delight.

“I know who I am and why I sing. I sing my soul….without needless words.”

Beata has decided to explore both paths separately – one in stripped down intimacy; the other in a wilder, freely structured boundless adventure. The first foray into the former was 2014’s Golden Lady, a brilliant collection of Brazilian and American songs by a diverse array of songwriters like Tom Jobim, Stevie Wonder, Gordon Jenkins, Marcor Valle, Razao de Viver, Dimitri Tiomkin and Oscar Castro-Neves.

The latter is fully manifested in her stunning 2016 release Fire Dance, featuring a stellar septet and marvelous use of vocal overdubs – as many as 16 tracks on some pieces, ranging from bass to soprano – all sung by Beata in old-school style and woven intrinsically into the musical context. Alongside her highly innovative jazz style, there is a significant World Music influence, evoking the fiery exoticism of Middle Eastern, North African and Eastern European improvisational folk forms with some rich doses of R&B, producing an utterly unique fusion that simply defies category. Downbeat awarded the album four stars and included Fire Dance in the "Best Albums of 2017" issue.

Beata’s extraordinary journey is one that would make a fascinating film. Surrounded by music throughout her life, from an age so young that she can’t even recall exactly how and when she discovered some of her earliest influences – Miles Davis, John Coltrane, Donny Hathaway, Jaco Pastorious, Herbie Hancock, Weather Report and so many others. But not only was she exposed to these artists at home, but also through the progressive, artistically open environment of her schooling in Poland, where her musical talents were recognized in kindergarten. As a member of the Wladyslaw Skoraczewski Choir at the Grand Theater in Warsaw she participated in operas by Bizet, Mussorgsky, Wager and Penderecki, an experience that had a tremendous effect upon the emerging young artist.

“There was something magical in all that, a different world, in which one wanted to be as long as possible. I recall that time as though some beautiful, fairytale dream.”

Her violin studies began at six – a love/hate relationship due to the rigidity of the process, but it also opened the door for her vocal career. Her teacher’s wife, a noted opera singer, recognized her strong vocal qualities and helped Beata begin her career as a vocalist, freeing her up to sing what she could not master on the violin.

By the age of 14, she formed her own band FunLight, a genre-defying ensemble, which gained a good deal of notoriety in Poland and established her as a strong presence on the Polish scene. This was also where she began developing her wordless vocal style. Excursions into rock and punk rock, performing with the group Deuter and a variety of studio-based productions, further attuned her professional skills.

An exchange program brought her to England where she also taught, and that led to what was supposed to be a 6-month stay in Japan. Instead, it turned into a 10-year journey.

“I thought that Japan would be a good environment for experimentation and adventurous exploration. It was just the opposite, as very traditional jazz vocals were expected of me. But it really honed my talents in that area and I’m most grateful for the experience.”

Her decade in Japan was a whirlwind of non-stop activity, playing consistently in clubs with local and visiting foreign musicians, and teaching regularly at the Yamaha School of Music. It also gave her an opportunity to play with some visiting traditional jazz masters like Walter Bishop, Jr. (who was also the first musician she played with in New York City at Birdland after she moved to the States). And Japan is where she met another longtime musical collaborator, bassist Buca Necak, a relationship. Her 1993 debut solo album, Session featured Necak and pianist Donny Schwekendiek, and five years later she and Necak recorded her second album, Duet.

Also heavily involved on the studio scene – singing for films and television commercials – Beata learned the production skills that have become so invaluable to her as a producer on her own albums. Still enormously popular in Japan, Beata their regularly. Also performing in Europe, Beata has been spending more time in her home town, with numerous tours and performances in Poland, Czech, and the UK. A fully seasoned, mature and enormously versatile artist, Beata has been on a non-stop mission to explore every nuance of her diverse and expansive musical vision. Calling upon a wide-ranging team of exemplary musicians to achieve her goals, every touring and recording project of Beata’s is specially conceived and specifically assembled to deliver her powerful message as vocalist, violinist, composer, arranger and musical visionary. Her newest project, accompanied by a string octet, is being recorded in April of 2017.

With 30 years of vividly conceived and fiercely inventive artistry in hand, the real journey has just begun.

Fire Dance received 4 stars from Downbeat and was included in their "Best Albums of 2017" issue.

“Eternal allure… The thing about Beata Pater’s magical vocals is that she is TOTALLY unique, and you’ll find (as I have) that her work is timeless…No boundaries magical jazz vocals" - Dick Metcalf Contemporary Fusion Reviews 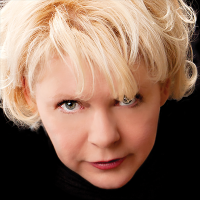 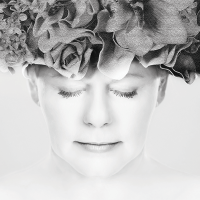 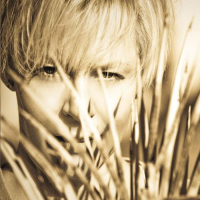 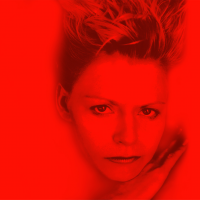 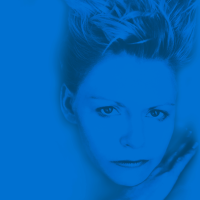 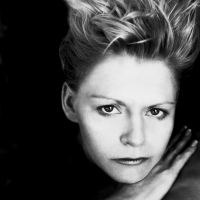 From: Golden Lady
By Beata Pater 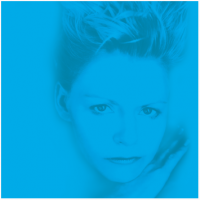 From: Blue
By Beata Pater 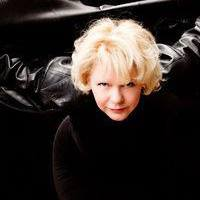 All About Jazz musician pages are maintained by musicians, publicists and trusted members like you. Interested? Tell us why you would like to improve the Beata Pater musician page.