Barbara Lynn was well ahead of her time in being a triple threat singer, songwriter, and guitarist. It was in 1962, while just turning 20, that she had the number one hit on the charts with her original penned “You’ll Lose A Good Thing.” Singing while playing an expressive left handed guitar on her records and live performances, Barbara Lynn weaved a masterful sound between blues and soul which went on to influence a horde of imitators.

Barbara Lynn Ozen was born on January 16, 1942 in Beaumont, TX. Though she started out playing piano as a child, she quickly switched to guitar after falling under the influence of the Elvis and growing rock and roll craze. Inspired by electric bluesmen like Guitar Slim and Jimmy Reed, by her teen years Lynn was winning talent shows leading her all-female band, Bobbie Lynn and the Idols. Lynn soon graduated to the local clubs, where one night she so impressed swamp pop singer Joe Berry that he introduced the young talent to famed producer Huey Meaux. He would go on to produce her biggest hits and the ones which established her enduring reputation, on the Jamie label.

Barbara Lynn was a national sensation in popular music, scoring a #1 R&B hit and Top 10 pop hit in 1962 with her first single, “You'll Lose A Good Thing.” More chart records and touring followed, having appeared twice on American Bandstand, and even had her song “Oh Baby (We've Got A Good Thing Goin')” recorded by The Rolling Stones.

By the mid-1960s, Lynn had also started raising a family, a situation that, when combined with the vagaries of the music business, kept her profile low for the next two decades. Even though those years saw some tough times for Lynn, she continued writing music, performing, and occasionally recording. Yet all the while, she kept her talents honed to a sharp edge. Hence when she re-entered the musical arena in the mid 1980s, Lynn was still as powerful a musical presence as when she was first discovered.

Since her comeback, Lynn has recorded “So Good,” in 1994, for Bullseye; followed in ’96 by “Until Then I'll Suffer.” By 2000 she moved over to the Texas based Antone’s label where she released “Hot Night Tonight.” She has appeared in recent performances of the Ponderosa Stomp and the New Orleans jazz and Heritage Festival.

Barbara Lynn was honored with a Pioneer Award by the Rhythm and Blues Foundation in 1999.

“The singing never left me. That's all I ever wanted to be. I just love to entertain. I don't care if it’s for an audience of one.” �” Barbara Lynn 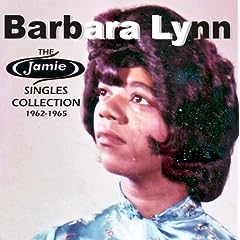 All About Jazz musician pages are maintained by musicians, publicists and trusted members like you. Interested? Tell us why you would like to improve the Barbara Lynn musician page.