Andy Clausen is a New York-based trombonist, composer, producer, and educator. A graduate of The Juilliard School, Clausen currently serves as Artistic Director for Jazz at New York Youth Symphony.

As a composer, Clausen’s works for small and large ensembles explore what it means to grow up in a 21st Century America, in which both artist and listener are expected to be equally versed in the music of Bach and Bob Dylan, Louis Armstrong and Leonard Bernstein. By embracing these seemingly disparate traditions with passion, balance, organization, contemplation, and judgment, Clausen is rapidly creating a body of work that connects them with a sense of playful nostalgia. Although jazz is woven into the fabric of Clausen’s music, his projects reflect a belief that Jazz isn’t a “what” but a “how” – how to share the most honest emotions possible with fellow performers and audiences.

Clausen is a founding member of The Westerlies, an award winning new music chamber ensemble comprised of childhood friends from Seattle: Riley Mulherkar and Chloe Rowlands on trumpet, and Andy Clausen and Willem de Koch on trombone.

Formed in 2011, the self-described “accidental brass quartet” takes its name from the prevailing winds that travel from the West to the East. “Skilled interpreters who are also adept improvisers” (NPR’s Fresh Air), The Westerlies explore jazz, roots and chamber music influences to create the rarest of hybrids: music that is both “folk-like and composerly, lovely and intellectually rigorous” (NPR Music). Equally at home in concert halls and living rooms, The Westerlies navigate a wide array of venues and projects with the precision of a string quartet, the audacity of a rock band, and the charm of a family sing-along.

Clausen’s first large-scale composition “The Wishbone Suite” was commissioned by King County 4Culture, and recorded for Table & Chairs Music in 2011. The 19-movement suite for chamber jazz ensemble of clarinet, accordion, piano, trombone and drums embodies Clausen’s playful and vivid musical outlook. In the jazz tradition, compositionally crafted folk-like motifs act as springboards for the ensemble’s improvised material. While the traditional concept of the jazz solo is seldom present in Clausen’s works, improvisatory counterpoint and conversations abound in his music, creating innovative opportunities for his band-mates to assert their personal voices.

Another major outlet for Clausen’s music is The Split Stream Big Band. Formed in 2009, the ensemble has premiered over 20 original works for large Jazz ensemble, inspired by the orchestrations of Gil Evan’s, the rhythmic cycles of Gamelon music and the harmony of Igor Stravinsky. The New York Times has described the ensemble as “sleek, dynamic large-group jazz, a whirl of dark-hued harmony and billowing rhythm...The intelligent sheen of Mr. Clausen’s writing was as striking as the composure of his peers...It was impressive, and not just by the yardstick of their age.”

“His skills belie his age.” – The Seattle Times

“Brilliant release...Clausen finds a way to fuse these disparate musicians and their seemingly ill-fitting instruments into an alluring, whimsical, and just- plain-cool mix of jazz, classical, and experimental music. Challenging music that doesn’t shy away from also being pretty.” - eMusic

“His skills belie his age.” – The Seattle Times

“Brilliant release...Clausen finds a way to fuse these disparate musicians and their seemingly ill-fitting instruments into an alluring, whimsical, and just- plain-cool mix of jazz, classical, and experimental music. Challenging music that doesn’t shy away from also being pretty.” - eMusic

“Improvisational brushstrokes through elements of classical composition, frenzied syncopation, flashes of pop structure, and buoyant, melodic themes. It's another great entry for Table and Chairs and a beautiful piece of music— and a very apropos soundtrack to accompany any prolonged thinking of your long, lost youth.” -Seattle Weekly 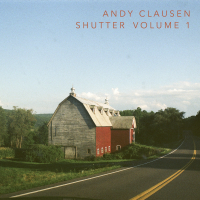 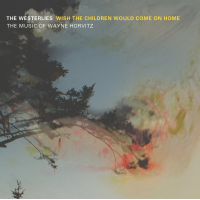 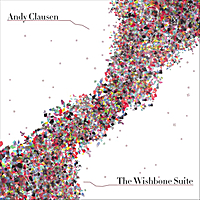 From: The Wishbone Suite
By Andy Clausen

All About Jazz musician pages are maintained by musicians, publicists and trusted members like you. Interested? Tell us why you would like to improve the Andy Clausen musician page.