Born in Athens, Greece he started his musical education at the age of 15 with the drummer Antonis Garinis and later on with Nikos Sidirokastritis. He continued with educator and sax player Sylvios Syrros at the Athenaeum Conservatory, where he took his diploma in drums and jazz improvisation. He took lessons with Billy Hart, Mark Guiliana and Adam Nussbaum. He studies classical percussion with Kostas Vorissis and Kostas Theodorakos. He is a graduate from the Athens University of Economics.

He started his musical carrier with the jazz- ethnic group Avaton performing in Greece (Athens International Festival 2002, Just Dance Festival 2004 , as well as many music halls and jazz clubs) and Europe (2002 Balkan Square Festival in Fyrom and Serbia , 2004 Jazz progetto Festival in Cremona- Italy, 2005 Aquila- Italy) . In 2004 he participated at the recording of the bands’ 4th album called “x- Avaton” published by the independent record label “LYRA”.

In 2012 together with pianist Spyros Manesis and double bass player Arionas Gyftakis they form the Spiral Trio and they start performing in Greece and touring in Europe. In 2015 Spiral Trio was awarded with the First Prize at "Apollon Jazz Competition Greece" in the 1st Greek jazz competition. In 2017 they record their first album by ANKh Music Productions and in 2022 the second album “Broken Blue” by Odradek Records. He has collaborated with many musicians of the Jazz scene and he has performed in various jazz clubs and music halls in Greece and Europe. He is an active educator in Jazz drumming and improvisation teaching in music schools, private lessons and clinics. 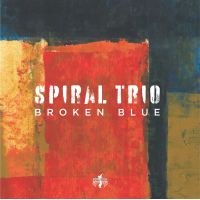 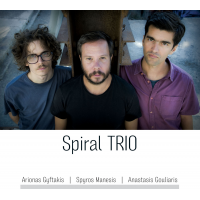 From: Broken Blue
By ANASTASIOS GOULIARIS
Last Updated: May 9, 2022 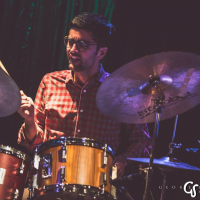 All About Jazz musician pages are maintained by musicians, publicists and trusted members like you. Interested? Tell us why you would like to improve the ANASTASIOS GOULIARIS musician page.