Tel Aviv based guitarist and oudist Amos Hoffman started playing guitar at the age of 6, and oud a few years later. He studied guitar privately, and attended the prestigious Rubin Academy of Music in Jerusalem. His search for new musical experiences led him first to Amsterdam, and then to New York City, where he played jazz with both established musicians like Dennis Charles, Evelyn Blakey and Juma Santos and up and coming talents like Jason Lindler, Omer Avital, Sam Newsome, Jay Collins, bassist Avishai Cohen, Jorge Rossi and Duane Eubanks. He also began a more formal study of Middle Eastern music with Lebanese oud and ney player, Bassam Saba.

After returning home to Israel at the end of 1999, he began to compose the music that would eventually become the tracks on Na'ama, released in 2006 on Magda records. On Na’ama, Hoffman plays homage to the traditions of classical Arabic music - the taqasim (improvisation) and the maqam (scales). All 12 tracks are original compositions, inspired by the great Arab composers of the 20th Century.

Further pursuing his passion for combining jazz with Middle Eastern music, his newest work is Evolution (RazDaz), a ten track exploration of melodies and rhythms that incorporates compositional and improvisational elements common to both musical genres. His long-time friend and musical associate Avishai Cohen, who plays contrabass, piano and contributes vocals, joins Hoffman on Evolution. Rounding out the CD’s line up are two of Israel’s most prominent musicians - ethnic percussionist Ilan Katchka and flute Ilan Salem.

Hoffman’s most recent release, BACK TO THE CITY (2015 follows in the tradition of the great guitarists of the old school – Wes Montgomery and Kenny Burrell – while bringing a fresh interpretation to the language of jazz guitar. BACK TO THE CITY features both original compositions and standards, with stellar lineup of old friends completing the : bassist Omer Avital, drummer Vince Ector, saxophonist Asaf Yuria, trumpeter Duane Eubanks and special guest Itai Kriss on flute. Now based in Columbia, S.C., Hoffman looks forward to sharing his unique musical worldview with American audiences.

2014 Recipient of The Landau Prize for Arts and Sciences for outstanding achievement in the field of Jazz.

Razdaz Recordz Will Release "Evolution" from Amos Hoffman on March 25

“Hoffman brings special depth to his work that catches you off guard and trips you up every time you think you can out think him and know where he’s going next. A satisfying set that gives world jazz a new standard to live up to.”

Great program by Amos Hoffman and his band! How refreshing to hear someone who has captured the essence and mastery of the great ones. Masterful composing, arranging, and playing is not an easy task to pull off in one package, but it is so well executed here. Whether bop, blues, or ballads, Amos has captured in this recording what makes for great listening, for a long time to come! -Wycliffe Gordon

Back To The City 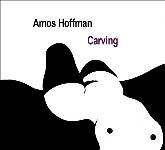 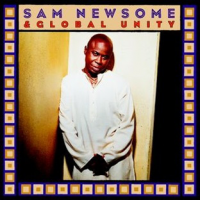 From: Back To The City
By Amos Hoffman

All About Jazz musician pages are maintained by musicians, publicists and trusted members like you. Interested? Tell us why you would like to improve the Amos Hoffman musician page.