Rick Margitza, who has long been regarded as one of the « Young Lyons » of the International Jazz Scene, is nowadays one of the most respected musicians of his generation. Excellent tenor and soprano saxophonist, mostly inspired by John Coltrane, Michael Brecker and Wayne Shorter, he has managed to expand and develop his unique voice, highly poetic and sharply incisive.

He started on the violin when he was four. His grandfather was a cellist and his father a violinist with the Detroit Symphony. He then studied classical piano for a bit, and also played oboe before switching to tenor in high school. He attended Wayne State University, Berklee, the University of Miami, and finally Loyola University in New Orleans, where he lived and played for four years.

Back then, Rick was touring with Maynard Ferguson and also Flora Purim and Airto Moreira. He then moved to New York in 1988.

That same year he joined Miles Davis' group and recorded three albums with them: “Amandla”, “Live around the world” and "Live in Montreux". He then cut three sets as a leader for the prestigious label Blue Note during 1989-1991. Since 1994, his career found itself enriched with five more solo albums and collaborations with such artists as Maria Schneider, Chick Corea and McCoy Tyner. 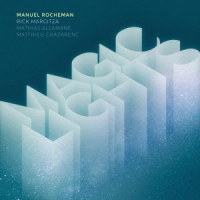 All About Jazz musician pages are maintained by musicians, publicists and trusted members like you. Interested? Tell us why you would like to improve the Rick Margitza musician page.