Energetic player, composer and Grand Jazz Award winner at the Montreal Jazz Festival, 26th ed, Alex Bellegarde creates music drawn from a wealth of sources. He heads a number of formations and participates in a range of projects: jazz, Latin music and multidisciplinary. With several albums to his credit, he is also a guest contributor to a wide array of other artists' recordings. A well-known figure on Montreal's jazz scene, he hosts a 'killer' weekly jam session that draws promising talents and renowned jazz musicians from near and afar.

A much sought-after Latin bassist when local Cuban players or latin stars from out of town need the right sound, he has played at special events with artists from the US and Cuba : Candido Camero, Viti Ruiz, Maelo Ruiz, Edwin Bonilla, Chiquitin and Caridad Cruz.

Born in Montreal, Alex grew up in Quebec’s Eastern townships, where throughout high school he played with the award winning Ensemble Davignon and Massey Vanier Band. By 97, he was back in town checking out Montreal's effevescent jazz scene and playing at many of the weekly jam sessions.

Influenced greatly by bassist, the late Skip Bey, Alex was member of the Vic Vogel Octet and played with Vogel’s guest, saxophonist Jimmy Heath, at the Montreal Jazz Festival. He is a frequent player in events such L'Off Festival de Jazz and the Montreal jazz Fest and in festivals and clubs across Canada, Mexico, Switzerland and the US.

Bassist Alex Bellegarde to Perform at the National Jazz Awards on April... 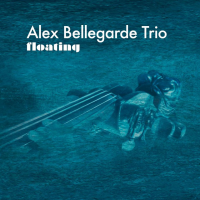 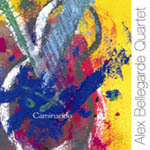 All About Jazz musician pages are maintained by musicians, publicists and trusted members like you. Interested? Tell us why you would like to improve the Alex Bellegarde musician page.