Alejandro Avilés is a first generation Cuban-American who comes from a long lineage of musicians. In fact, Mr. Avilés' family is being considered by the Guiness Book of World Records for having the longest, most continuous family run musical group in the world. The Orquesta Hermanos Avilés was started by his great-grandfather, Manuel Avilés, in 1882 in Holguin, Cuba, and is remarkably still in existence today.

Based in NYC, Alejandro Avilés works as an adjunct professor at Hofstra University and Hunter College teaching saxophone and jazz improvisation while performing as a versatile musician in genres ranging from straight ahead jazz, Brazilian and Afro-Cuban music, to Broadway. When not on tour, you can catch Alejandro perform in many of New York's most renowned jazz clubs including: Smoke, Jazz Standard, Zinc Bar, Smalls, Dizzy's Club Coca-Cola, Jazz Gallery, Iridium, Fat Cat, Birdland, and Blue Note.

Alejandro Avilés graduated from the Manhattan School of Music with a Master's Degree in Jazz and Commercial Performance. While in Manhattan, Alejandro had the opportunity to study with some of the city's finest jazz musicians including saxophonists Dick Oatts, Rich Perry, and arrangers Mike Abene and the late Manny Albam.

After graduating from Manhattan School of Music, Alejandro relocated to Puerto Rico where he had the opportunity to share the stage with some of the giants of Latin jazz today. These include performances with Giovanni Hidalgo, Charlie Sepulveda, Hilton Ruiz, Jerry Gonzalez, Miguel Zenon, Dave Valentine, and a couple of memorable performances with jazz masters Danilo Perez and David Sanchez.

In 2006, the Alejandro Avilés Latin Jazz Quartet was selected by the Kennedy Center for the Performing Arts and Jazz at Lincoln Center to represent the United States as "Jazz Ambassadors." The group conducted master classes and performed at concert halls throughout Barbados, Trinidad and Tobago, Mexico, Central America, Venezuela, Peru, and Argentina.

Along with a select few musicians from all over the nation, Alejandro was hand picked for the exclusive BMI composers workshop to write and arrange contemporary music for large ensembles under the tutelage of master arrangers Mike Holober and Jim McNeely.

Recently, Alejandro was honored with the endowment of the prestigious Fulbright Award which allows university professors to travel abroad and share their knowledge. Accordingly, Alejandro traveled to Brazil to teach saxophone, jazz history and jazz improvisation at the Universities of UFMG in Belo Horizonte and UNIRIO in Rio de Janeiro. Besides conducting masterclasses and lectures, Alejandro performed numerous concerts throughout Brasilia, São Paulo, Salvador, and Recife.

In 2015, Alejandro had the rare opportunity to travel to Cuba and perform in the Havana Jazz Festival with the “Afro-Latin Jazz Orchestra” led by pianist Arturo O’Farrill. The orchestra recorded a ground breaking album that featured a collaboration between contemporary composers and musicians from both Cuba and the United States.

In 2016, this album won the Latin Grammy as well as a Grammy Award for Best Instrumental Composition for Large Ensemble, with the composition, “The Afro-Latin Jazz Suite" featuring Rudresh Mahanthappa. Show less 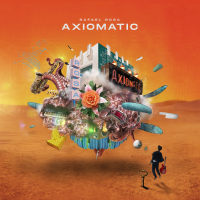 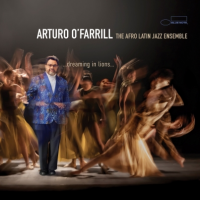 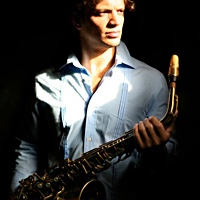 All About Jazz musician pages are maintained by musicians, publicists and trusted members like you. Interested? Tell us why you would like to improve the Alejandro Aviles musician page.