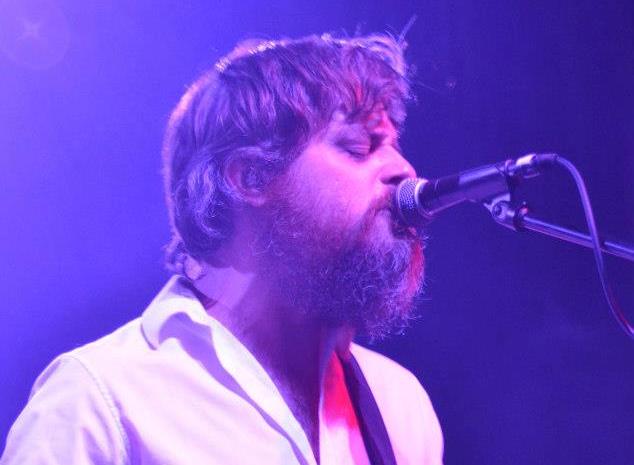 By CHRISTINE CONNALLON
March 24, 2013
Sign in to view read count
Minus the Bear with Circa Survive and Now, Now
The Paramount
Huntington, NY
March 19, 2013

The Waves Overhead tour touched down on a brisk Tuesday night, the official last night of winter, on the north shore of Long Island, bringing a slew of young fans to support Minus the Bear and Circa Survive, the co-headliners, as well as Now vs. Now, the capable opening act for the 13-date journey.

Now, Now, a trio of indie rockers once known as Now, Now Every Children and based out of Minneapolis, took the stage at 7:30 to a respectable-size audience. Cacie Dalager supplied her signature poppy lead vocals as she multi-tasked with a guitar and keyboards, thrilling fans on songs like "Roommates" and "Oh, Hi." Bradley Hale, who founded the band with Dalager a decade ago when they were in high school, commanded from his place at the drums at the back of the stage and Jess Abbott, the newest edition to the tight band, played guitar and sang. "Thread" and "Lucie, Too" were performed enthusiastically by the band, fresh off their second CD called Threads (Trans Records, 2012). The 35-minute set was well received.

On this night of the tour, Minus the Bear, the hard-to-pigeonhole but easy-to-enjoy rock band that formed in Seattle in 2001, performed first. By the time the lights dimmed for their arrival, there wasn't a foot of empty space in the cavernous general admission area of the Paramount. A fellow photographer in the pit mentioned that he had seen Minus the Bear two nights earlier upstate in Poughkeepsie, NY, and admitted to being a big fan. Having photographed this particular band a handful of times myself, this was easy to figure out. Once you've seen Minus the Bear, it is difficult not to become a convert.

A raucous cheer arose the minute the first band members appeared as flickers onstage in the shadows, signaling what would be the start of a wildly successful set. As they launched into "Steel and Blood" from their most recent release Infinity Overhead (Dangerbird Records, 2012), Jake Snider's searing vocals cut into the night with the dark lyrics, " Two become one / Cacophony of a car crash / Steel and Blood / and it's over with the silence." Slight, dressed in a long-sleeve white button-down and jeans, and sporting a healthy bit of facial hair, Snider held the audience rapt as he played guitar and adeptly fronted the cohesive band. Stationed to Snider's right, Dave Knudson, an unstoppable force of frenetic energy, manned the guitar and perched at the edge of the stage to the delight of the eager throng of fans in front. The set list mined gems from their early days, with "Absinthe Party at the Fly Honey Warehouse" off of Highly Refined Pirates (Suicide Squeeze Records, 2002) and "Drilling" from Menos El Oso (Suicide Squeeze Records, 2005). Alex Rose dazzled on the synths qith the stage bathed in a stunning display of eye-catching lights. Erin Tate gave strength on the drums and Cory Murchy powered on the bass, rounding out the lineup. Those in the packed venue were vocal in their thanks to these talented musicians. "Knights" and "Pachuca Sunrise," both from Minus the Bear's EP Acoustics (Tigre Blanco Records, 2008) found their spots in the diverse set list as did newer favorites like "Diamond Lightning" and "Tosca" from Infinity Overhead plus "My Time" and "Into the Mirror" from Omni (Dangerbird Records, 2010). The jam-packed hourlong set elevated the energy of the venue to a frenetic level, one that would be difficult to top or even match.

Circa Survive, under the steady vocals and drive of Anthony Green, took the stage for an hour of their hits, including "Birth of the Economic Hit Man" and "Sharp Practice" from Violent Waves (Self Released, 2012), "Get Out" from Blue Sky Noise (Atlantic Records, 2010) and "In Fear and Faith" from Juturna (Equal Vision Records, 2005). The rock band that formed in a suburb just outside of Philly in 2004 with additional members Colin Frangicetto, Brendan Ekstrom, Nick Beard and Steve Clifford, engaged the crowd from the very start of their set, rallying them to an enthusiastic finale to an intense and fulfilling musical experience.

About Minus the Bear