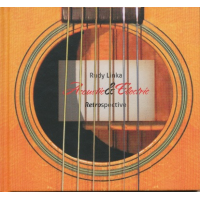 Rudy has performed and/or recorded with such artist as Red Mitchell, Gil Goldstein, Bob Mintzer, Paul Motian and many others. He has released 15 albums ( Enja, Timeless, Universal, Sony/BMG, Quinton), has been voted as one of the ten best jazz guitarists by readers of DownBeat magazine and performs with his own group around the world.