The Nearness of You by Dennis DeMille 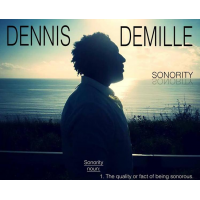 Solid interpretation of a jazz standard.

Accompanied by Hoagy Carmichael's sublime and understated composition, Ned Washington's poignant lyrics to "The Nearness of You" capture the simple pleasure felt when basking in the warmth of love. Few songs are capable of expressing the purity of unfettered feelings which happen in a deep relationship. It could be a sibling, parent, child, close friend or lover who is the subject of such adoration. Carefully handled by Dennis DeMille, this song from the debut EP "Sonority" to be released 29/04/15 showcases his use of tone, pace and timing.