The Ghosts Of Pumpkins Past by Nikolai Panov 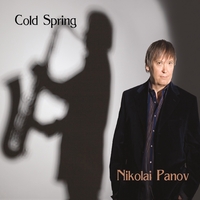 Great tune. Whole album sprinkled munificently with nods to the past. Take a listen to all the tracks, worth your time.

Composed by Mark Tucker. The Ghosts of Pumpkins Past – a beautiful waltz that has nothing to do with Halloween. Four-Mation includes Nikolai Panov on tenor and soprano saxophone, Mark Tucker on piano, Steve Blair on acoustic bass, and Bill Norman on drums. Nikolai met these musicians when he appeared as a guest artist for the GPC band, led by Greg McLean, one year ago and was impressed with their musicians’ sensitivity and musical approach. Nikolai’s idea was to make a whole program of original music in the style they all share.