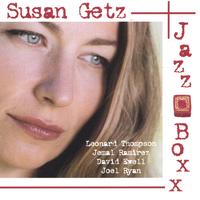 I wrote "Say Goodbye To Love" for my friend the pianist Leonard Thompson. I had been listening to the Bill Evans song "Turn Out The Stars" at about the same time that I found out that Leonard was going through a rough period with a girlfriend. I wrote the song because that was something I had experienced. I say I wrote it for Leonard, but really it's a universal and bittersweet theme. The song is so sad, so full of regret. Leonard once asked me after we played it on a gig if that was supposed to make him feel better. Well, maybe not better, just not alone. "Say Goodbye To Love" was originally written as a piano-vocal ballad but during a rehearsal Jemal Ramirez changed it by inventing the drum part that we recorded on the album. Then, hearing Jemal, Leonard came up with that wonderful piano that I love. After recording it I dreamed up the background vocals based on live performance of "Say Goodbye To Love" by saxophonist Dayna Sean Stephens and that changed the sound even more, really pulled everything together. Thanks to Steve Lambert and Outlet Radio for use of the "JAZZ CHANTEUSE: SUSAN GETZ TALKS ABOUT JAZZ BOXX" interview published January 07, 2005.

Honeymoon; The Long and Winding Road; Say Goodbye to Love; That's All; Come Together; I Need Your Love So Bad; Peace Dream; Cry Me a River; My Buddy; I Fall In Love Too Easily; The Birthday Song for Caroline; Song for My Lover