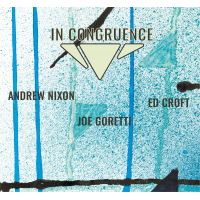 Ruby's Waltz is a modern jazz waltz from "In Congruence"(2021), the debut release from trio "Nixon, Croft, and Goretti." Written by Andrew Nixon, it was inspired by the beautiful waltzes of Bill Evans.