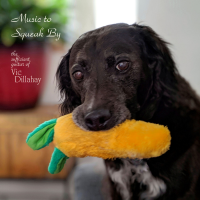 Back in the 1990s, there was a bridge over I-25 by Erie, Colorado with these words graffitied on it. It was a landmark for years to those of us who lived north of Denver. One day, the railroad painted the bridge. The next weekend, "Ricky Still Loves LuLu" appeared, in the same handwriting as the old. That deserves a song.