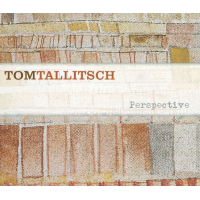 With vivid musical imagery and a dynamic group interplay, Tallitsch's Philadelphia-based band winds through a set of his original compositions. From the relaxed opening lines of "Swirl" to the uptempo "Red Giant," Perspective documents an articulate and cohesive band, including Victor Baker on guitar, John Stenger on piano, bassist Paul Gehman, and drummer Justin Leigh.