Our Father by Chassol 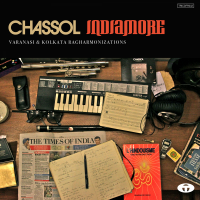 Catapult your elastics into the stratosphere...ping your ears for whole Earth hum'ings. Some long thoughts held in lesser known places infusing something fresh.

track of the day Our Father Indiamore Tricatel Chassol