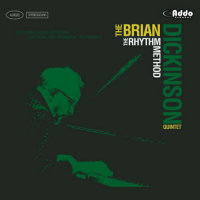 Out of the deck of the rhythm method, re birth control - cool may have a second coming, this piece of music has too much to say to be recognised that way.

“The Rhythm Method” is Brian Dickinson’s eleventh release as a leader. It features Dickinson on piano, with Kelly Jefferson (tenor saxophone), Luis Deniz (alto saxophone), Neil Swainson (bass), and Ted Warren (drums). The ten tracks are all original compositions by the leader including, “Orion”, a tribute to the great Wayne Shorter and “The Rhythm Method Suite”, a series of compositions inspired by the music of Lennie Tristano. Veteran jazz pianist Brian Dickinson has been a mainstay on the Toronto jazz scene for over thirty years. As well as leading his own trio, quartet, quintet and (most lately!) big band projects, he can be heard in bands led by Pat LaBarbera and Kirk MacDonald. He has also worked and recorded with Kenny Wheeler, Jerry Bergonzi, Lee Konitz and Tom Harrell among many others.