Only the Moon and the Stars by Minas 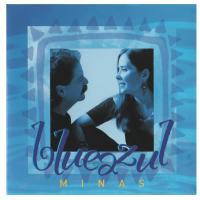 If you're a sucker for a sweet flugelhorn you won't need to recognize the tune.