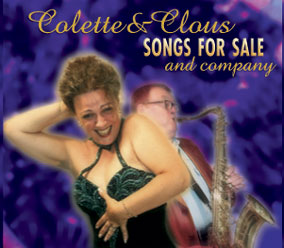 Recorded in 2003 in Amsterdam, The Netherlands.

From the liner notes:

Colette's singing does not come across as an attempt at imitation or as all too emphatically influenced, but rather as expressing the heartfelt first experience of a new song and its meaningful content. Forget the run-of-the-mill, forget the overly known! That is exactly what Colette did and that is what places her on an equal footing with her illustrious predecessors. That is the connection we hear: authenticity.