My Favourite Things by Paul Edis 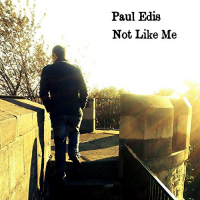 Album Title: Not Like Me
Label: Self Produced
Released: 2013

Captures the old-time facility of the song. A smidgen of Nelson and Bach.

'Brilliant young pianist' (Alyn Shipton, The Guardian) has recently released his debut solo album 'Not Like Me'. For more information visit www.pauledis.co.uk "Much of the original music is highly lyrical, often beautiful, and sees the pianist embracing both his jazz and classical roots. His interpretations of outside material display wit and invention." Ian Mann, The JazzMann "an absorbing listen grounded in the modern mainstream piano tradition (Ahmad Jamal, Oscar Peterson) with an ear as well for the mid-Romantic era classical composers as well" Stephen Graham, Marlbank "a journey of melancholia, dissonance, humour and romanticism, and what more could you expect from one man and his piano?" John Toolan, Jazz Goes to Leeds