Letting Go Of The Answers by Shaun Blezard 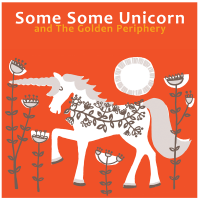 Album Title: Some Some Unicorn and The Golden Periphery
Label: Clutter Music
Released: 2014

Mirror balls, curve balls and snow balls. It's party season y'all. Here are some abstract jingles to play out your guests.