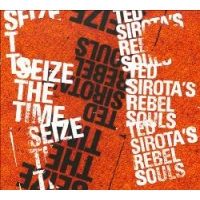 The Rebel Souls have a unique formula comprising afro-pop, funk, reggae, ska and hip-hop underpinned by the rebellious jazz and socially-aware improv of the 1960s. Cultivating what the Chicago Reader describes as "immediately recognizable sound".

Ted Sirota's Rebel Souls strive to use their music as a weapon in the battle against oppression and reactionaries worldwide, and not merely as 'art for art's sake'.

"With the world sinking deeper and deeper into crisis each day we should forever remind ourselves that in crisis there is opportunity. Seize the Time!"