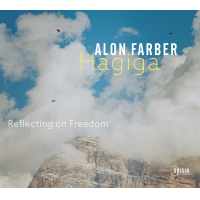 Now entering its third decade as an ensemble, Hagiga's founder, saxophonist Alon Farber looked to Eddie Harris's "Freedom Jazz Dance" as inspiration and a theme for their 4th recording, ‘Reflecting on Freedom.’ Hagiga revels in the diversity of musical flavors and colors that make up the “Israeli soundtrack.”  With an exciting three horn frontline - reminiscent of some Dave Douglas or Booker Little ensembles - they draw liberally from Swing, Moroccan, Funk and Brazilian musics in creating their wide-ranging, highly personal sound. Farber's bold compositions reflect his years at the forefront of Israel's jazz scene - including co-founding the Israeli Jazz Orchestra & receiving the Prime Minister's Award for Jazz Composers - and his time in America while studying at Berklee, where he won the Wayne Shorter Award for Composers. "Hagiga has been at the forefront of the miraculous envelope-pushing curve of Israeli jazz for some years now."  - Barry Davis 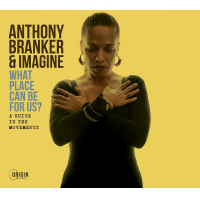