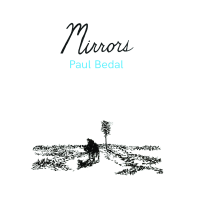 Has a hymnal air, as much contemporary classical as jazz.

"Mirrors" is Chicago based pianist Paul Bedal's second album as a leader and presents a selection of compositions written from 2015 to 2016. On this recording Paul features Jean Caze (trumpet), Caroline Davis (alto saxophone), Dion Kerr (double bass) and Matt Carroll (drums). The band formed as a combination of his closest collaborators, playing a run of shows in Miami and New York in January of 2016. This effort culminated with a recording at Michael Brorby's "Acoustic Recording" in Brooklyn, NY.