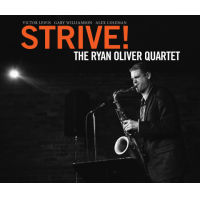 track of the day Eddie Strive Self Produced Ryan Oliver