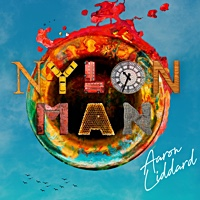 ‘Nylon man’ is the new album by saxophonist-keyboardist-arranger-composer Aaron Liddard, released on 7th October on the British independent label Havis House. Featuring a plethora of guest contributions from the likes of Carleen Anderson, Omar Puente and Miss Baby Sol, Nylon Man is 12 tracks of jazz by a UK-based artist, influenced by music of Europe, North and South America, the Caribbean and Africa. In his prolific and wide-ranging career, saxophonist-keyboardist-arranger-composer Aaron Liddard has contributed to many different musical experiences including working with Amy Winehouse, Prince, and Maceo Parker, and in genres ranging from hip hop and rock to Latin music and gospel. But jazz has always been the closest music to his heart. “Jazz is the only living musical art-form that is not defined by its exclusions,” says Aaron. “At its truest, jazz is an evolving aural tradition. As a musician with myriad musical influences, jazz is the only home that allows me to fully explore.” Nylon Man is named after the three cities that most influenced Aaron (New York, London and Manchester). The album was 12 years in the making and a summation of Liddard’s career to this point. Forty two musicians appear on this project, including Carleen Anderson, Omar Puente and Miss Baby Sol, encompassing musical traditions of UK, USA, South America, Africa, Cuba, and The Caribbean. Aaron Liddard sums up his new release which defines his career up to this point. “Nylon Man is how I hear music and its possibilities. I hope that listeners will be happily surprised by what they experience.” 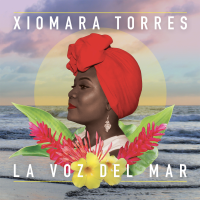