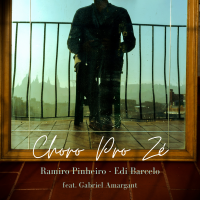 “Guinga is a popular songwriter in Brazil, and his instrument is not only the guitar, but also the songs it sings. That's something he learned from the great Brazilian songwriters.” in NPR Music's article "The Brazilian Guitarist Beloved By Musicians Around The World" Here we present Brasounds Home Sessions #8 with Guinga & Aldir Blanc's "Choro Pro Zé". This genre is called Choro and have many representatives like Pixinguinha, Altamiro Carrilho and Jacob do Bandolim. The song was recorded for the first time in 1993, in the album "Delírio Carioca".