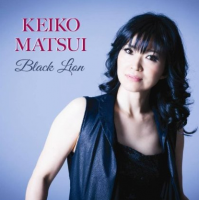 Soul Quest’s first single “Black Lion,” was inspired during a rigorous Eastern European tour in which Keiko and her band played an exhausting five countries in five weeks. They were even detained at one point due to problems with travel visas. However, the courageous and optimistic pianist drew inspiration from happier times during her tour. “I was in Georgia and after the concert we all went to a restaurant called ‘Black Lion,’ where I saw this painting that caught my eye. The owner explained it was by a famous Georgian painter named Niko Pirosmani who was suffering from a broken heart after a failed romance.” Inspired by the sadness of this painting Keiko manages to uplift us with the searching and soaring notes of her piano. “Black Lion” and the title track were produced by Derek Nakamoto, who Keiko has known her entire career and who also worked with her on her previous album.