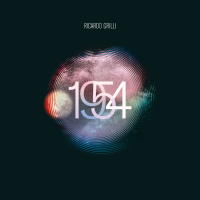 Eric Harland's taps spell it out with a stunning Grilli solo and necessary but discreet piano/bass fill.

The first track of guitarist/composer Grilli's second album is named for the brightest star in the eastern celestial hemisphere and suggests the giant star's powerful gravitational pull with a gradual build in intensity due in large part to drummer Eric Harland's insistent rhythms. It's just one of many out of this world tracks laid down by Grilli, Harland, pianist Aaron Parks, and bassist Joe Martin.