Actions and Reactions by DLC Project 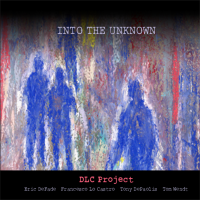 The driving concept behind "Actions and Reactions," one of the tracks from the album "Into the Unknown," is one of exploration and the imagining of possibilities...the taking of risks, and the anticipation that goes hand-in-hand with the redefining of parameters.