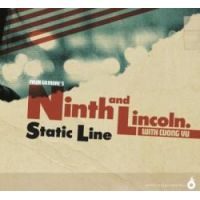 Song doesn't lift off so much as begin soaring overhead with the first note. Keeps a nice languid pace up til the end when it starts gaining momentum to the finish line. Absolutely beautiful. Jazz from the Denver, CO scene.

"Aachen" was inspired by a Jewish religious service broadcast during WWII to celebrate the Allied invasion of German borders. The original radio recording features Max Fuchs, a young infantryman and cantor, and the sound of nearby artillery fire. The melody is based on Mr. Fuchs performance of the hymn Yigdal.