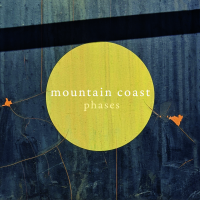 The opening track from Mountain Coast's new album, Phases, featuring guitarist Dave Devine, Kenny Warren and Michael Bailey. Phases is an ambient chamber jazz music album which bridges improvised music with electronic production. Kenny Warren’s trumpet and Dave Devine’s guitar tracks were processed with effects, samplers and modular synths by Michael Bailey, in turn creating new layers to improvise over, offering fresh avenues for the musicians to build transcendent soundscapes of texture and timbre that are at times warm and pastoral, other times eerie and disorienting, resulting in a spacious and sublime record.