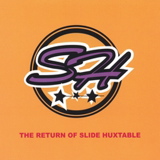 No doubt most Americans today would have trouble believing that just over half a century ago, the two most popular, commercially successful musicians were trombonists. And not long after the stardom of Glenn Miller and Tommy Dorsey, the instrument would attain a similar lofty status among a smaller, jazz- aware public thanks to the consummate artistry of J. J. Johnson. But since the 1950s, the Rodney Dangerfield of instruments has had to struggle to gain listeners' attention let alone respect. While Steve Turre and Robin Eubanks, along with European players like Albert Mangelsdorff and up-comer Nils Wogram, at least manage to register on the radar screen, recordings by masters such as Carl Fontana, Frank Rosolino and Bill Watrous are so few and far between (not to mention scarce) that a young trombonist could be forgiven for taking up plumbing.

Try telling that to Mark Miller, who has released an important, potentially groundbreaking CD featuring his trombone as solo horn in the spartan company of guitar, bass, and drums. As the title implies, Miller is no overnight phenomenon. He was on the road for ten years with The Motion Poets, a sextet originating in Minneapolis and including emerging trumpet star Matt Shulman. The Motion Poets dissolved, and since then Miller, after a tour with Bllly Joel, has taken up residence in New York City. But The Return Of Slide Huxtable is an inarguable success thanks to the presence of three members from the original sextet, an ensemble Downbeat magazine once profiled as practically the "only remaining road band playing jazz."

Besides Miller, the remaining players are a gifted pair of brothers who are, not surprisingly, musical twins: bassist Chris Bates and drummer J. T. Bates. Both instrumentalists are, like Miller, endowed not merely with well-honed chops but with an exquisite sensitivity to one another's labors that could come only from living and playing together for twelve or more years. This is definitely not a recording that could have been made by a quickly assembled cast of all-stars, even though guitarist Bill Bergmann is a relatively recent addition. Under the tutelage of Miller and the two Shaws, the talented and responsive ex-Berklee student is equally effective in his roles as story-teller, tone colorist, and empathetic contributor.

Although Slide Huxtable is an "acoustic" ensemble, the colors and tempos are sufficiently various and fresh to suggest some of the most intricately evocative 1970s work by the "electric" Miles Davis and Weather Report ensembles. Frequently the leader will stick with simple, repeated riffs or sustained ostinato passages while the Bates brothers supply a high-energy undercurrent, with J. T. especially sensitive to changing dynamics and textures, occasionally dropping out altogether.

The group's ear for shifting colors especially comes to the fore on Miller's "For J.J.," a slow, haunting lament reminiscent of J. J. Johnson's own "Lament." Imagine the sound of melody played simultaneously by trombone, crescendoing guitar tones coaxed (not picked) from the instrument, and full arco bass. The effect would be reminiscent of electro groups using computers and synths were it not so much more compelling, especially with the melodic drums of J. T. Bates supplying their own counter motives.

"Whatever Lola Wants," the Adler and Ross show-stopper from Damn Yankees, brings out a playful side of Miller, at once seductive, surreal, and not a little spooky—much like the Circe played by Gwen Verdon in both the Broadway production and subsequent screen adaptation or, perhaps more accurately, the off-center Isabella Rossellini of David Lynch's Blue Velvet. On Chris Bates' "Warren Ashtabula" Miller sets aside the suggestive ways of Lola in favor of the louder solicitations of the New Orleans sporting-house madames. The beat is funky and the spirits high, as the trombonist demurs before letting loose with some plain old gut-bucket testifying, full-steam ahead tailgate style.

After a stately, reverently intoned chorale, Miller's "Let," the trombonist really lets go with "Bop Slop," a breakneck-speed original based on "I Got Rhythm" chord changes. It's such tempos that have earned the trombone its reputation as a cumbersome instrument, putting most players to the ultimate test. J. J. Johnson passed it through the inspired placement of spare but judiciously selected notes; Carl Fontana, on the other hand, used his talented tongue to simulate the speed of any valve instrument, simultaneously cutting down on the volume of the horn. Miller, if anything, increases the volume and forcefulness of his sound, cutting loose with a nearly out-of-control but exhilarating solo played in a portamento style—sort of a Jimmy Knepper on steroids.

The concluding tune, Dave Holland's "Blues For C. M.," allows the leader to display some more of his unique ways of making his new S. E. Shires trombone talk. Using the device introduced by the Ellington band's Sam Nanton—a plunger mute—Miller couples it with the "Freddie Hubbard wobble" (a trill using notes a third apart rather than a chromatic second). In the process, he both completes and supplements a miniature odyssey of the history of jazz trombone.

This is one of the more noteworthy, enjoyable trombone-plus-rhythm sessions since J. J. Johnson took a pianist, bassist and drummer with him into the studio to record Blue Trombone (Columbia, 1957). Welcome back, Slide Huxtable!

Tracks: The Juggla; Salt Of The Earth; For J.J.; Whatever Lola Wants Lola Gets; The Chicken; Warren Ashtabula; Let; Bob Slop; Blues For C.M.