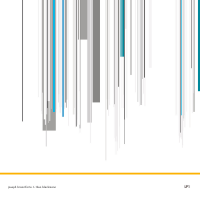 Is sound something to bathe in? Can music envelop? Does the art of improvisation lend itself to ambient sound painting? The answer to all three questions, according to this collaboration, is "yes."

LP1, the debut release on Joseph Branciforte's greyfade imprint, finds the producer and electronics ace teaming up with vocalist Theo Bleckmann to conjure variable atmospheres. The result of some studio experimentation leading up to a 2018 performance alongside the legendary Ryuichi Sakamoto, the four improvisations constituting this album prove hauntingly beautiful while affirming this pair's gifts for micro-expression.

Playing on the rub between stasis and development, Branciforte and Bleckmann prove subtle in the use of loops and layers to call on the light and dark in the distance. It's not always clear what you're hearing, where it's coming from, or where it's going, but that's the point. There's pleasure in the act of surrender, closing your eyes and letting sound and perception blend together while operating in a meditative state.

With catalogue numbers, not titles, defining the music, there's a greater element of openness in the act of reception. Words tend to speak clearly, but numbers let the mystery be. "6.15" and "5.5.9," which bookend the album, give off hints of paranoia without ever truly revealing themselves. Neither is purely bleak or menacing, but each is slightly unsettling. In contrast, "3.4.26" and "4.19" are lush beds of bliss.

With each track running between eight and ten minutes, there's enough time for Branciforte and Bleckmann to properly develop their ideas and little chance that boredom will set in on the receiving end. These glacially open expressions belie their sophistication while delighting in the convergence between the audible and the subliminal.