By DOUG COLLETTE
April 13, 2019
Sign in to view read count
Despite the righteous advocacy of a like-minded artist by the name of Linda Ronstadt at the outset of its ultimately still-born career, Lone Justice stands as one of the most egregious victims of hype this side of Moby Grape. Charmingly guileless in the nascent stages of their evolution, the group ultimately succumbed to errant execution in the studio as misconceived as the marketing by their record label. In contrast to the homogeneous likes of the debut and the anonymous overproduction of the latter, the music of Lone Justice bristles with an energy and sense of purpose bordering on missionary zeal on these two releases, further ratifying this band's rarefied position in furthering the fusion of country music and rock as initially conceived by The Byrds, Bob Dylan and Gram Parsons some fifteen years prior. Predating the alternative country of Uncle Tupelo in the next decade and remaining at the periphery of the Paisley Underground movement of their era, Lone Justice stand as progenitors of the 'cow-punk' movement in the Eighties, infusing roots music with a punk attitude while still maintaining the legitimacy of both genres. 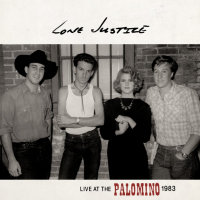 ADVERTISEMENT
Parlaying as much flair as flourish right from very the get-go, on "You Are The Light" Lone Justice simultaneously invoke the muse and offer homage to the fundamental inspiration for their musical fusion. Injecting a palpable sense of irreverence into songs like "Drugstore Cowboy," the band avoids the sanctimonious solemnity of peers and successors. Likewise, it's impossible to doubt vocalist/composer Maria McKee's heartfelt connection to Patsy Cline and Emmylou Harris on "Dustbowl Depression time," to name just one cut here. Meantime, the band churns up a storm behind her, their collective precision a reflection her phrasing as well as the group's own overall self-awareness. And the all-around exultation in the playing and singing in "This World Is Not My Home ("I'm Just Passin' Through)" hardly belies the pronounced fatalism in "I See It:" the recognition of a pending apocalypse proffers an attitude of a piece with the punk rock nihilism of the times. 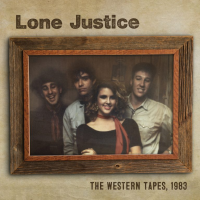 Its title something of a misnomer—this is not a handful of country covers—The Western Tapes 1983 collates a handful of early Lone Justice originals in a colorfully-designed and detailed tri-fold package (with liner notes by producer/band member Marvin Etzioni) that enhances the collectible quotient of the content itself: an earlier demo of "Drugstore Cowboy" has appeared on various compilations, but the remainder of the half-dozen tracks are previously-unreleased. And both the vivacious "Working Late" and a mournful "Don't Toss Us Away," are superior to subsequent studio versions that lack the authenticity and restrained taste supplied by Bob Dylan's Rolling Thunder band wunderkind David Mansfield via pedal steel ("How Lonesome Life Has Been") and fiddle ("The Train"). Originally released as a Record Store Day item, and issued in conjunction with the band itself, the CD EP, like its vinyl counterpart, was mastered to impressive effect by Bernie Groundman, forging a sonic clarity in line with the pioneering stylistic vision of Lone Justice.

Tracks: You Are The Light; Drugstore Cowboy; How Lonesome Life Has Been; The Train; Dustbowl Depression Time; Cotton Belt; This World Is Not My Home (I'm Just A Passin' Through); I See It; Working Man's Blues; The Grapes Of Wrath; Working Late ; Jackson.