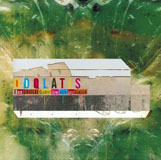 Trumpeter Dave Douglas' a six-night run at New York's Jazz Standard in December, 2006, was relatively revolutionary in the jazz world. Every set, featuring his longstanding quintet, was recorded and made available the following morning in downloadable MP3 format. The twelve sets included nearly everything from The Infinite (RCA, 2002), Strange Liberation (RCA, 2003) and Meaning and Mystery (Greenleaf, 2006), as well as fourteen new pieces. Live at the Jazz Standard collects the best performances of this new material into a two-CD set, with two added bonus tracks.

Douglas chose to play cornet rather than trumpet, lending the front line a warmer texture, while relatively recent recruit Donny McCaslin (first heard on Meaning and Mystery) is an increasing force to watch on tenor saxophone, with remarkable power and a compositional solo approach. As undeniably superb as the quintet's studio albums are, the group has never sounded this hot.

Douglas continues to mine a more electronica space with his Keystone group, but the quintet occupies its own unique space. Uri Caine's Fender Rhodes lends the group an electric edge, but it's an otherwise acoustic group—completely in the moment, as opposed to Keystone which uses the studio as means to reshape its sound in post-production.

The new material covers a lot of territory, but remains focused on providing open-ended vehicles for group interplay, despite Douglas' sometimes knotty arrangements. "Indian Point" swings in a relaxed way, despite a simmering intensity in Douglas and McCaslin's solos. Caine, as ever, disproves a longstanding myth that the tonality of the Rhodes inherently sucks the personality out of whoever plays it, while Genus and Penn are a tightly knit rhythm team—responsive to what's going on around them while driving the music to unexpected places.

The brief but fiery "Cornet is a Fickle Friend" is largely through-composed piece, but still provides room for brief but relentlessly fierce solos, while "The Next Phase (for Thomas)" is a deceptively soft ballad; deceptive because couched in its lyricism is a sophistication that's been part of Douglas' work since emerging in the 1990s.

"Meaning and Mystery," which never made it as the title track from that album, is the closest thing to a pop song that Douglas has written, while "October Surprise" finds McCaslin and Douglas soloing in tandem with uncanny simpatico and stunning virtuosity. Douglas' quintet can handle anything he throws at them, but it's always about the ensemble, open ears and focused playing, even at its most frenetic.

Two tracks—a wonderfully loose version of Strange Liberation's "A Single Sky" and the title track from Douglas' 1998 Arabesque album with a piano-less quartet, flesh the set to nearly two hours. For those who downloaded all the live sets in December, 2006, Live at the Jazz Standard was sent as a thank you gift from Douglas. For those who didn't, it's a chance to hear this band absolutely at the top of their game with a brand new repertoire.