By JEFF DAYTON-JOHNSON
March 13, 2013
Sign in to view read count 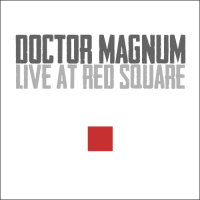 Pianist Robert Glasper, in the All About Jazz segment "One LP," talked about Slum Village's Fantastic, vol. 2 (Good Vibe, 1999), produced by J Dilla: "J Dilla is probably the only producer I know that changed the way musicians actually play their instruments." Exhibit A is Glasper's own piano playing with both his acoustic and electric groups.

Exhibit B could well be "Debbie Does Dilla (Waltz for Debby)," by the Albany, New York-based quartet Doctor Magnum. Glasper notes how Dilla's production "made people start playing in that hip hop way behind the beat—kind of sloppy hip hop way... you know what I mean." Doctor Magnum's drummer Rob Colpoys creditably provides exactly that sloppy hip hop beat, underlying pianist Bill Evans' canonical 3/4 tune. It's just one way in which the group's freely-downloadable two-disc Live at Red Square updates the repertoire and approach to small-band jazz.

Other hip hop references arise, most notably in a fine medley of Madvillain's "ALL CAPS" and Nas' "N.Y. State of Mind," which, in addition to being whimsically funny, also demonstrates that the Nas tune can be played as a kind of modal number. There are other covers—among them Michael Jackson, Jimi Hendrix (well, really, the Seeds, because it's "Hey Joe," but their take is pure Hendrix), and best of all, a magnificent version of Frank Ocean's smash 2012 hit "Thinkin' 'Bout You."

The instrumentation is classic rock 'n' roll—two lead guitars, electric bass, drums, and Doctor Magnum can call upon colorful rock 'n' roll effects, like the blast of psychedelia at the end of "Billie Jean," or the general resemblance to the Grateful Dead during some of the extended guitar solos ("Wormholes").

Nevertheless, this is not primarily a rock 'n' roll band. "Debbie Does Dilla" appears to be an important key to understanding what Doctor Magnum wants to be—a hip hop infused band whose members listen to each other the way the classic Evans trio did. And, you know, heard a slightly different way, those Jerry Garcia-like guitar solos unfold discursively the way a Dexter Gordon tenor saxophone solo might. Indeed, the Doctor Magnum songbook includes funky numbers ("Hello Stink," "Stanley") whose sinuous thematic lines are practically bebop.

Throughout Live at Red Square, Doctor Magnum marshals humor, chops and that "sloppy hip hop beat" to illustrate the enduring relevance and capacity for renewal of small-group interactive improvisation. And that is good news.