By Eyal Hareuveni
March 22, 2014
Sign in to view read count
The British label Aural Terrains continues to explore the extreme sonic terrains of electro-acoustic spontaneous improvisations, each different in its vivid atmosphere and suggestive sounds. The label's recent pair of releases feature two distinct outfits that present the arresting results of a careful, balanced mix of acoustics and electronics. 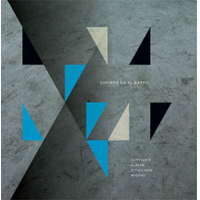 Zafiros en el Barro ("Sapphires in the Mud" in Spanish) was recorded in Madrid, Spain and features founder Thanos Chrysakis on laptop and synthesizer with musicians who play acoustic instruments—Ken Slaven on assorted percussion instruments and violin, James O’Sullivan on guitar and Jerry Wigens on clarinet and guitar. All have collaborated before on other Aural Terrains releases as Instant-Cascade-Distant and Magnetic River.

The seven untitled improvisations here, surprisingly, avoid textures that do not rely on minimalist static improvisations, and each is busy and lively. All investigate and experiment patiently on the sonic options of spontaneous, yet carefully balanced group improvisation. In all exercises, the musicians apply extended techniques on the acoustic instruments that blur the boundaries between the electronic sounds and the acoustic ones to add distinct, focused character to each selection. The longer efforts, the second and the fourth, even have a subtle dramatic narrative enhanced with brief, nuanced excerpts of Spanish radio voices on the second one and exotic Brazilian berimbau percussive sounds and the gentle violin playing on the fourth. Other improvisations even set a suggestive, lyrical atmosphere. The fifth cut challenges Chrysakis to follow fast, chaotic acoustic interplay. 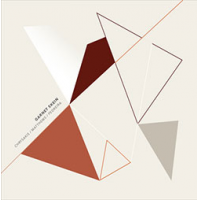 This is a trio featuring Chrysakis on laptop and synthesizer, Wade Matthews, a former New York-based reed player now based in Madrid (a close collaborator of Chrysakis and recording engineer of Zafiros en el Barro) on digital synthesis and field recordings, with Javier Pederira, who also collaborated with Matthews before, on accoustic guitar.


Club d'Elf: Autographed vinyl copies of You Never Know plus As Above (digital)