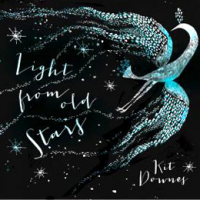 Arch collaborator Kit Downes has been near ubiquitous in UK jazz terms over the last few years. His trio collection Golden was nominated for the Mercury Music Prize (the nearest thing to a UK Grammys) in 2010 and considerably raised his public profile. Yet in interview Downes has commented upon the double edged sword that this exposure brought—happy with the increased bookings and CD sales, but less fond of the exposure to criticism from a less empathetic mainstream audience. Such was the impact of that criticism that Downes came close to walking away from music altogether, surely a tragedy for our music given his involvement in so many projects on top of his own (eg Troyka, James Allsop's World of Steam, Neon with Stan Sulzmann etc).

What has changed with this collection though is that, rather than going out as the Kit Downes Quintet, the band are purely under Downes own name. He has justified this by explaining that this collection is one where he felt that he had taken the most responsibility making the key calls on selection and organisation of material, as opposed to previous albums that had simply reflected the tunes played live at that time. That said, the core trio of Downes, Gourlay and Maddren have all appeared on the last two albums and Allsopp guested on the majority of Quiet Tiger which has led to the greater mutual understanding that shows throughout this entertaining yet challenging collection.

The evocative metaphor of the collection title was inspired by a conversation with an astrophysicist who contributes some atmospheric, if peripheral, sleeve notes concerning the creative force of nuclear fusion. More importantly, the title can also be read as a metaphor for the way that the light of the jazz greats influences the current generation of musicians. So Downes, for example, references Paul Bley and Johan Johanson in the titles of two of the tracks here to reflect an influence and place his work in the evolution of the music.

It is worth being clear that, on this evidence, it is not fatuous for Downes' work to be positioned in this way. For example the intruigingly slow paced, near ambient, subtleties of "Jan Johannson" insistently driven by James Maddren's controlled cymbal and rim shot backing are fantastic, as is opener "Wander and Collossus" with its engaging circular theme reminiscent of Steve Reich. The interplay on this track between Downes and the cello of Lucy Railton is simply first class.

Also worthy of note is "Bleydays," the tribute to Paul Bley, that repays close listening—the piece often feeling as though it will unbalance and topple to a collapse. That it doesn't is testimony to the quality of the musicianship assembled here, able to cope with the accelerations and metaphorical handbrake turns in the tempo that the band work through over the course of its near 6 and a half minute duration. Personal favourite from the collection "Outlawed," with its killer bass line and fab tenor solo from James Allsopp is further evidence that Downes and his band have reached a new higher level.

Light From Old Stars has more of a chamber jazz feel than say Golden but, in terms of the quality of both the playing and the composition, marks a step forward for Downes that justifies a place with the best of the new generation of artists. While some might argue that Downes risks over extending himself with his multiple collaborations and outlets, on this evidence it is helping him grow both as a musician and as a composer. It will be fascinating to see where he goes next.