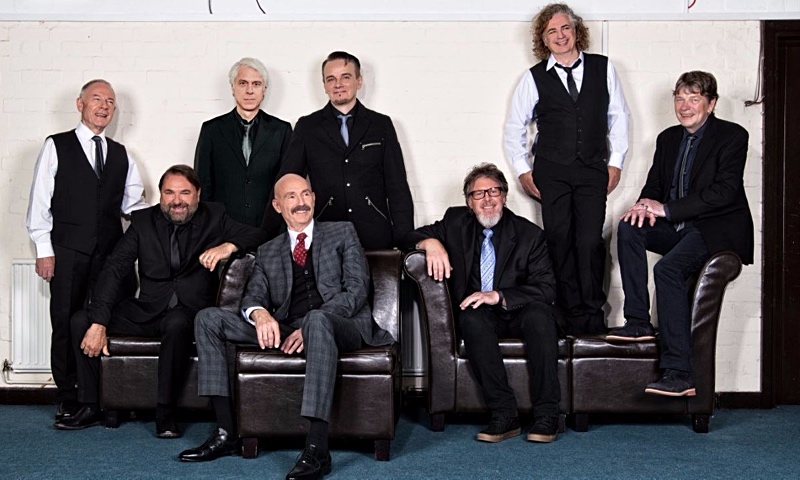 The original King Crimson burst like a supernova upon the 1969 music universe, with talents from Jimi Hendrix to Pete Townshend extolling its virtues. The quickly departing band members ultimately would become integral parts of groups from ELP to Foreigner, Camel, and the Alan Parsons Project, as Robert Fripp's vision and acerbic personality became overbearing. As such, the continually changing lineups of the band had difficulty reaching those lofty heights again consistently until 1973's Larks Tongues In Aspic, but, as shown on this night, the music from the three albums in between (In The Wake Of Poseidon, Lizard and Island) was equally worthy even though ignored at the time.

The current version of King Crimson is almost tailor made to fulfill Fripp's vision of being able to play onstage virtually all iterations of the group's catalog, and that is exactly what we eagerly experienced, with the caveat that some versions were more successful than others. The only relatively minor quibbles would be that the rather unorthodox vocal interpretation of Indiscipline left something to be desired and the live sound of three full sized drum kits at audience ear level overpowered the ability to clearly pick out Collins' and Levin's playing at times, as well as the lyrics. Attempting to offset this, the overall volume was raised to a sometimes unpleasant level, resulting in widespread earplug use.

In an evening of many highlights, "Pictures of a City," "Cirkus," "The Letters," "Islands" and "Lizard" from the trio of under-appreciated records more than held their own with the more well known material. Jakko Jakszyk's vocals, Mel Collins' assortment of saxophones and flutes and the delicate sounds of digital mellotrons more than ably presented these jewels in the setting they deserve.

Almost timelessly turning back the clock, we were treated to superb versions of the entire landmark In The Court Of The Crimson King album (except "I Talk To The Wind") along with powerful performances of the two strongest tracks from Larks' Tongues in Aspic ("Larks' Tongues in Aspic, Part One" and "Easy Money") with the latter featuring Jakko's excellent wordless vocal cadenza.

But the most interstellar part of the evening was the performance of "Starless" from the 1974 Red album, as the stage lighting changed over from blue to that color. The tension building portion of the piece, led by Levin and Fripp, built inexorably to a delicious climax, finishing the second set to a well deserved standing ovation. An energetic encore of "21st Century Schizoid Man" featuring a superlative Gavin Harrison drum solo followed, with Fripp plucking Joe Pass like jazz chords behind Collins' whirling dervish of a sax solo, closing out this first of two evenings of incomparable music making.

Jimi Hendrix saw them at the Marquee in 1969 and declared them to be the best band in the world. In many ways, almost half a century later, they still are.