By JOHN EYLES
August 17, 2010
Sign in to view read count
AAJ: One thing we've not yet touched on: You've recorded increasingly over the last decade with electronics and so forth. There was the stuff with Sebastian Lexer...

JT: You're talking about the recent one, the Cage and Jennings. Sebastian was my student; I was his piano teacher. We did conventional repertoire. He got to know about contemporary music through me, but we did mainly the classical repertoire. He got interested in modern pieces—George Crumb and stuff like that—and he began to learn some of the contemporary repertoire. He hadn't had any training in that. In fact, I think he was in a rock band. He was quite a good pianist. He worked on Beethoven sonatas, Bach, I think.

Then with the two Beckett radio plays that I recorded, he did a certain amount of sound manipulation on that. Not that much—a few things. And I made a piano/electronics CD with Marcus Schmickler.

AAJ: And then there was the stuff with MIMEO...

AAJ: Is it rightfully infamous in your view? Did you feel you were bullied?

JT: No, I didn't. I always thought of it as a role—the role of victim, which I found interesting. That was how I interpreted it. Others had a different take on it.

AAJ: We didn't get onto politics either, did we? Maybe just as well. 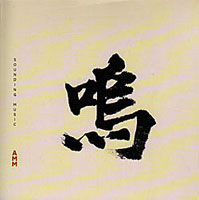 JT: That would be twice as long as what you've already got. ... The way I see it, the music is a kind of survival strategy in these present dark times. I wouldn't use the word therapy, although it is certainly an essential part of a survival strategy. Much of what I play is based on principles which are regarded as old-fashioned, quaint, obsolete now, such as sharing things, selflessness—all those values you can find in the music which are totally at variance with the kind of culture we find ourselves in now—a dominant culture which is predatory and aggressive. I like to think that my music-making is part of a domestic culture which, in fact, many people try to provide for their children at home. You teach your children to be decent, respectful, considerate of other people, not to be pushy, to learn the value of things, rather than the cost—all those kinds of things. And you are battling with the dominant culture, which is constantly saying the opposite. So our music is part of the domestic culture, I think, whereas Tate Modern is definitely part of the dominant culture.

AMM is about respect, sharing, integrity, the cherishing of the quotidian, individuality not individualism, selflessness but self-worth. I like to think there is a moral dimension which is encapsulated in Iris Murdoch's words. She wrote: "Moral change comes from an attention to the world whose natural result is a decrease in egoism through an increased sense of the reality of, primarily of course, other people." Individualism has been elevated to become the basis on which all human activity, political, economic, is based.

AAJ: Then we get further into politics.

JT: I haven't voted at the last three elections. I got fed up voting for the lesser of three evils, because there is no choice. There is a neo-liberal/conservative agenda which all the main Parties are pursuing quite ruthlessly. Maybe the rate of change might vary. That's all. 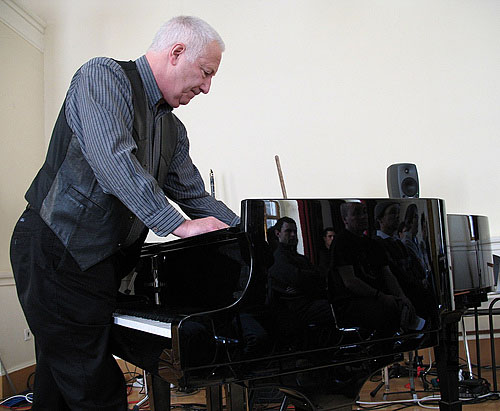 AAJ: With the tailor-made excuse of the global economic situation. Is it any different than the agenda they would have pursued anyway?

JT: I think the Greeks are showing the way. It is coming to that, it will be fought on the streets. It is now down to that level.

Nowadays, at the beginning of the 21st century, to describe someone as a Marxist is of no more consequence than describing him or her as a vegetarian, and of less significance than describing someone as an environmentalist or, ironically, as an anti-capitalist. Moreover, nowadays, Marxism usually bears a prefix—post, post-Marxism, either, presumably, because Marxism is deemed obsolete, irrelevant, or that it has been subsumed as a small but not insignificant part of a broader, contemporary narrative. (Wall Street economists still read Marx, apparently.) So when people ask me about my politics I always reply that I am an unregenerate communist. Speaking of which, I recall E.P. Thompson, a key figure in the politics of dissent, in a TV program not so long before his death in 1993, comparing the "very high quality of political discussion" that was the norm in the so-called "Stalinist" British Communist Party with his experiences as a member of the Labour Party, which he described as "an organization absolutely designed to defeat thought of any kind."

With the advent of the new "dark ages," we dissenters may indeed disappear or, in George Steiner's words, "be confined to small islands of archaic conversation." With my performances of Feldman and Beckett and my fragile improvisations, I am already doing that. According to Aristotle, art is a kind of therapy which accords with my own experience of art as an essential part of an "survival strategy."

The Smith Quartet with John Tilbury, Music for Piano and Strings by Morton Feldman (Matchless DVD, 2010)

All Other Photos: Claudio Casanova, Courtesy of AllAboutJazz Italia