By Nenad Georgievski
August 23, 2020
Sign in to view read count
Both ambient and classical music have the power to transcend the boundaries and take the listener to otherworldly places. By blending these two seemingly different genres throughout his illustrious, potent but brief career, the late composer Johann Jóhannsson often managed to evoke difficult and complicated to describe emotions in his music. This prolific and groundbreaking composer of film scores composed music for films such as Sicario, Arrival, Prisoners and The Theory of Everything, to name but a few. And with the posthumously released Last and First Men documentary and soundtrack, his directorial debut (and sadly, last effort) an important chapter of Jóhannsson's oeuvre has been published and closed, a fitting coda to a career laden with incredible music and achievements. 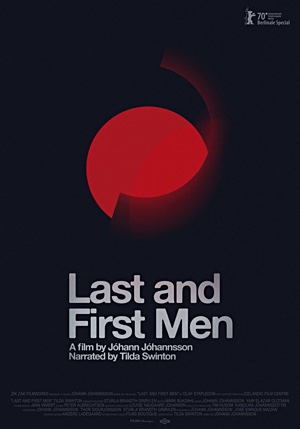 The inspiration behind this project arrived from two books that provided the backbone for the narratives in the documentary, which is really an art film. Inspired by a sci-fi book titled Last and First Men: A Story of the Near and Far Future by Olaf Stapledon, it tells the story of humanity's end. The book itself was written as a future history of humanity for the next 2 billion years. The visual narrative in the film was inspired by another book, this one by Dutch photographer Jan Kempenaers entitled Spomenik (A "monument" in Slavic languages), in which he documents post-WWII monuments across the former Yugoslavia.

In the film, there are no actors nor any people whatsoever, but the many monuments—shot from various angles—provide the visual story of leftovers from a bygone civilization, while the music underscores the emotional narrative. Actress Tilda Swinton provides the voiceover in the film as she reads fragments from the book. She is the voice of the Last Man, narrating this history to the First Men (or us). Her voice arrives from 2 billion years in the future when mankind has evolved into 18 species, the last one living on Neptune. The planet provides refuge, but even there the Last Men know they are doomed.

Jóhannsson traveled to various locations in former Yugoslavia to shoot the footage of these monuments for which he composed deep and moving music. As someone who lived in that part of the world and knows the people's sentiments about these monuments and memorials, he managed to capture people's relationship with these monuments today, and the past the monuments represent, in a way that coincides with the film's storyline. Most of them were long forgotten from the collective memory of the present day but they still provide a strong emotional link with the past. With the sweeping changes that occurred in the '90s and with the dissolution of former Yugoslavia, most of these monuments were left to deteriorate. With their unusual and outlandish outlook, they somehow represent an ancient and mysterious civilization that vanished long ago.

These monuments were an important part of growing up for several generations, commemorating as they did the sacrifices made by previous generations to nation build and achieve freedom. They were part of the reconstruction and renewal of lands scorched by wars. These were forward-looking generations who built their future upon ashes and rubble. Some of these monuments were built at remote locations where famous and bloody battles occurred during WWII, or at locations where Nazi atrocities took place. Others were even built to mark various uprisings that were important for the histories of the nations that constituted that country. At the time, Yugoslavia was a modernist society, unlike the countries of today that arose in its place. I disagree with some of the conclusions in the liner notes about dictatorship during the communist era and being a Utopian experiment. Every Westerner seems to imagine a Soviet type of dictatorship whenever a socialist country is mentioned. Probably those 50 years, as long as that country had existed, was the only period of peace and prosperity that the region had seen in the previous century. The former Yugoslavia had a flourishing and colorful culture and at that time gave emphasis to modern art and contemporary architecture styles, and in this case, a style known as brutalism. All across the country residential blocks, city centers, hotels, and monuments were built based on crude, block-like forms cast from concrete.

As such it is difficult not to reflect on the significance these monuments held when they were initially built and that they continue to have since the country fell apart in a brutal civil war. And it's these images and brooding music that constitute the experience of Last and First Men. The black and white camera work by Sturla Brandth Grøvlen moves slowly and deliberately as it captures the monuments from different angles. The monuments are all that remain since humanity's end. 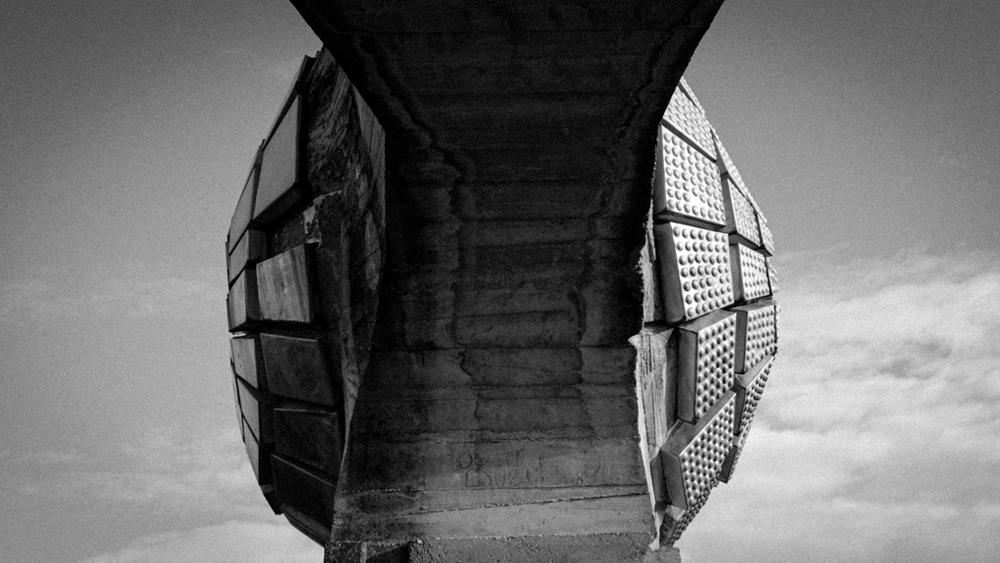 At the time of his passing in 2018, Jóhannsson had been working on this score but it wasn't finished nor had a single note been recorded. It was completed by his collaborator, the Berlin-based Israeli composer Yair Elazar Glotman, whom he met after this work was premiered live in Manchester in 2017 with the film screened in the background during the performance. When they were about to start working on this recording they actually accepted an offer to work on the soundtrack for the film Mandy. Still, Jóhannsson had an idea to scale down the score for the recording. The discussions that Glotman had with Johannsson about how he envisioned Last and First Men should sound, provided the roadmap for him to finish the work.

The music has a vivid cinematic feel, evoking strong visual imagery and is able to stand alone from the striking visuals in the documentary. With it, Jóhannsson and Glotman have truly gone the extra mile to produce another soundtrack that stands up against the best of its genre and among the best in Jóhannsson oeuvre. In his work, he was a composer who wrote using his own voice instead of crossing genres between classical and dark ambient music. The boundaries were never smashed, but they were simply ignored or were melted away.

The compositions bear titles inspired by Stapledon's book and they are also emotionally conjoined and through each piece's general tone and not through regimented themes and variations. The soundtrack is shadowy and bleak, and often a foreboding affair where the melodies are deliberately eschewed or subdued. Often these compositions are evocative of an aural meditation on not just loss but destabilization, an architecture coming apart. The score is kept in a variously atmospheric, minimalist, and tempered space, constricted beautifully to match the important and compelling claustrophobia of the film. There is an innovative sound happening here, with many tracks sounding with omnipresent gloom. But despite that, it's not a claustrophobic sound and as the album progresses, the overall effect feels simultaneously hermetic and inviting.

Much of the album's character is derived from its specific instrumentation. By using a small ensemble, a deliberately limited vocabulary, and electronic processing, Jóhannsson alongside Glotman weaves an intriguing tapestry of seemingly simple electronic and neoclassical textures with layers of orchestration, synths, and voices. He has a specific but diverse harmonic range that sees him moving from minimal beauty to Ligeti-inspired dissonance. The music revolves around the processes of "formation and disintegration." Often it seems that he builds soundworlds from fragmentation. All across the music, he has modified those initial seeds in unexpected ways in order to cultivate something unfamiliar. Obviously, both composers have fused diverse and discordant elements together to create something genuinely new. Often, they imbue Last and First Men with grimness and dread, crafting infernal soundscapes out of caustic effects, endless drones, and sometimes intriguing soundscapes of unknown origin. On other occasions, the music is imbued with nostalgia or is mournful and drowned in sadness. Another of Jóhannsson's old collaborators joined in this endeavor, composer and cellist Hildur Guðnadóttir, who unleashes ghostly sheens and lines in the background and adds another layer of otherworldliness and depth.

Last and First Men is a frequently breathtaking album full of subtlety. If one opens any door, there will be a deftly constructed sound world waiting behind it. Each track captures the authors drawing in deep musical breaths and then exhaling something of lasting ethereal beauty. Last and First Men is dark, appropriately stark, post-apocalyptic in atmosphere, emotional, sorrowful and deeply intimate. It's also a masterpiece.

Prelude; A Minor Astronomical Event; A Move To Neptune; Physical Description Of The Last Human Beings; Architecture; Supreme Monuments; Telepathic Unity; Childhood -Land Of The Young; The Navigators; The Sun; A New Doom; Task No. 1 The Scattering Of Seeds; Task No. 2 Communicating With The Past; The Last Office Of Humanity; Slow Destruction Of Neptune; The Few That Prevail; The Last Men; Remembrance Of The Past; The Universal End; Epilogue.